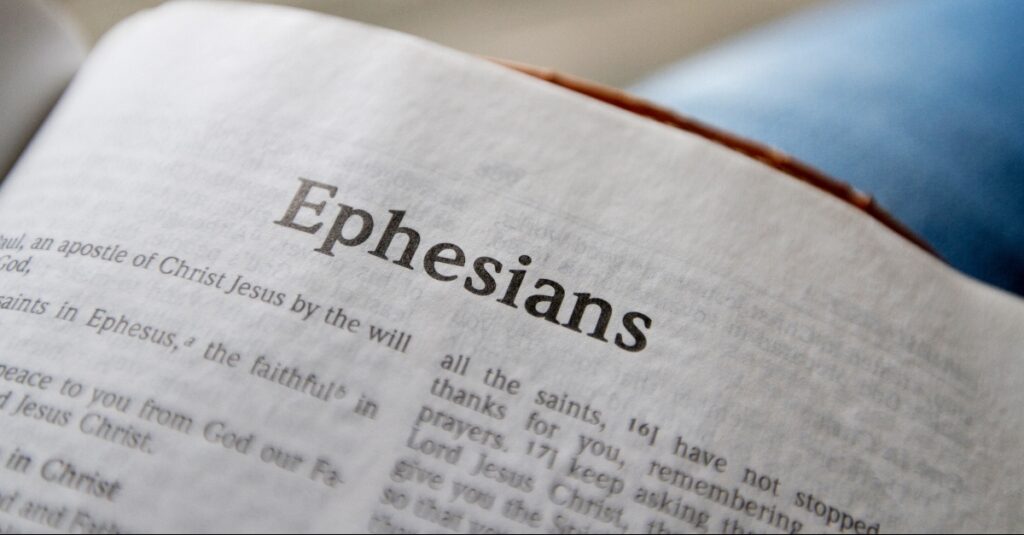 The issue in Ephesians 5 is “walking”. This is an image of active living, and in this case living a lifestyle in relationship to the Lord Jesus Christ. We are new spiritual people walking in the spiritual light made possible by Christ and illuminated for us by His Holy Spirit. The relationships in our life are characterized by the love of God transmitted through us to people. This Godly love is just like the love of Christ shown to us, which is unconditional and sacrificial. In Ephesians 5, the author continues his exhortation to believers to walk spiritually, and not carnally as they did before they knew Christ. What was common in the Greek/Roman world of Ephesus in the first century? Immorality, impurity, greed, adultery, homosexuality, pornography, pedophilia, beastiality, and according to historians–stuff I haven’t even dreamed of much less heard about. The Greek word here for “immorality” is the word for all forms of sexual sin. My question is, “Has anything changed in the last 2,000 years?” Fifty years ago we called it promiscuous sex, or illicit sex, and immorality was frowned on by the vast majority of people in this country. Now, our society has gone to great lengths to replace what was illicit sex with being “sexually active”. Immoral practices are now called “sexual preference”, and any kind of sex is considered normal. Strangely though, sex scandals still rock politics, Hollywood, and even churches. Marketing and advertising in the media emphasize sex appeal, TV sitcoms are awash in what used to be illicit sex, and companies openly advertise male performance drugs. The result of all this in people’s lives is self-destruction.

Cause and Effect of Walking in the Darkness

In Ephesus as well as here today, the result of walking in the darkness apart from Christ is messed up relationships and self destruction. Originally Adam and Eve walked in the light of the knowledge of God. The Lord invented sex, and it was like a beautiful gift that was wholesome, intimate, and intended for good. The original married couple thrived in it. Yet now the fallen world has twisted it, distorted it, and lied about it saying, “If it feels good do it!” The world says satiate your desires in any way you see fit. The truth is illicit sex is self-destructive and damages your relationships with people, but even worse it damages your relationship with God. Sexual immorality and Biblical Christianity are incompatible.

The “Do Nots” of Walking in the Light

In Eph.5:3, we read “do not let immorality, impurity, or greed, even be named among you, as is proper among saints”. In other words, these things should be unheard of in the Christian community. In addition, there should not be filthy talk, covetous attitudes, or idolatry. No one who practices these things will be in the future kingdom of God. The key word here is “practice”, which means that it is a way of life—it is who he is. If these things are common and you try to legitimize them, it is clear proof that you were never saved in the first place. All of us have desires that we succumb to and fall into sin, but we do not practice these things or claim they are legitimate. We must not be “partakers” in these activities as he says in verse 7. Again, partakers are people who fit right in with the immoral activities of the fallen world and even defend them as right. The worldly people who practice immorality, impurity, and idolatry live in a dark world in the sense there is no truth, no meaning, and no purpose to their lifestyle. The joke goes that at night a guy was desperately searching for something under a light pole. A cop asked him what he was looking for, and he said his keys. The cop said, “Are you sure you lost them here?” and the guy replied “No, but this is where the light is.” That is the way of the world, desperately searching for something they can’t find in the darkness. Darkness here is an image of people wandering around in futility, not knowing where they are going or why. They are spiritually blind, but those who are in Christ now walk in the light revealed by God through Christ. Therefore we should walk or live as “children of light” since we can now see and believe spiritual truth that Christ has illuminated. Question—How do you live in a sin-sick, corrupt, sex soaked society? The answer is given in Ephesians 5:7-18.

The Do’s of Walking in the Light

Instead of partaking of immorality, get out of the darkness and into the light by separating yourself from the darkness. Don’t go to the dark places or be involved in the dark activities, but go where the light is, and fellowship with people who are in the light. In v.10, we are to learn and do what is pleasing to the Lord. Reprogram your mind, which is difficult because the world has been poisoning it for many years. Instead of participating in deeds of darkness, expose them—shine the light on them. The fool determines right and wrong by his thinking, which is controlled by his lustful desires, but we should walk as people who are wise seeing the light.

Walking with Wisdom by Being Filled by the Spirit

If you are a Christian, there is a foolish way to live and a wise way to live. Wisdom and knowledge are interesting concepts. If all knowledge up to 1845 were represented by one inch, the next 100 years of knowledge would be 3 inches, but our last thirty years would be as high as the Empire State Building. Yet man’s wisdom and understanding of his meaning and purpose has decreased. This leads me to believe that the more technological knowledge increases, the more knowledge of God decreases. Since there are two powerful forces at work within you, you have a choice to be controlled by one or the other. Nature abhors a vacuum, so your empty heart must be filled by either the lusts of your fleshly body, or the leading of the Spirit of God. In both Romans 8:4-8 and Galatians 5:16-17 we read that those two forces oppose each other within you, “For the flesh sets its desire against the Spirit, and the Spirit against the flesh for they are in opposition to one another”. In Ephesians 5:15, Paul advises the believer in Christ to be careful about which force fills your heart and controls your life. The wise course of action is to yield to the control of the Spirit of God. Then in v. 16 we read about the urgency of the matter. Our days are numbered, and so we must make the most of our time. Therefore, understand that now while we have a choice it is very wise to let the will of God run our lives. To this I say, “OK, I agree, help me, and show me because it’s easier said than done.

In the first century Greek/Roman world they drank wine like we drink water, and consequently the average person was quite often inebriated. It is true that they typically added wine to their water supply to purify it, but they also regularly drank a wine strong in alcohol. The alcohol content of first century Roman wine was 20% as compared to our wine today, which has 10% to 12%. Therefore when Paul wrote this letter to the church at Ephesus, the most common bad influence on a person was alcohol. Paul used wine as the best example of our bodies being controlled by a negative force, as too much to drink can rob us of our good sense and cause us to embarrass ourselves (of course I wouldn’t know, but I’ve read this). The issue in question is, who or what is going to control us—the Spirit of God or the desires of our flesh? Bob Dylan had it right when he sang “You gotta serve somebody, it may be the devil or it may be the Lord, but you gotta serve somebody”. Paul was contrasting two opposing kinds of influence—excessive alcohol controls you in a detrimental way, but the Holy Spirit controls you according to God’s will. The phrase he uses for God’s control is “be filled with the Spirit”. Paul has contrasted two opposing forces, which desire to influence or control you. Excessive alcohol causes you to lose control, but the Holy Spirit desires to fill you like the wind fills a sail controlling and moving a boat in the right direction. Being filled is a command of continuous action of yielding to and being in submission to the control of God. The contrast of letting yourself be controlled by your lust, or being in submission to the leading of the Holy Spirit is like two signs on a winding road with a sharp curve:
Keep going fast, hospital at the bottom of the hill, or 2. Danger, look out, avoid crashing, speed limit 20 mph. Which should you choose?

Empty Yourself and Be Filled with the Spirit

In a sense, we must be emptied before we can be filled. Without Christ, we were full of pride, selfishness, ambition, greed, and a desire for pleasure. Now in Christ we are to empty ourselves of everything contrary to the will of God. The moment our hearts are emptied, the Holy Spirit will fill every corner of our inner being. What we then do on the outside will be controlled by what we are inside. We can walk in a manner worthy of the calling of Christ if we are being led and controlled by the Holy Spirit.
WHAT IT IS NOT—Being filled by the Spirit is not a mystical, secret, esoteric experience. It is not an elite advanced spirituality that only a select few can have. It is not some kind of second blessing. The Holy Spirit has indwelt all believers at the moment of conversion, and being filled just requires our cooperation—that’s why it is a command. It requires daily continuous submission to the Spirit’s control. The Holy Spirit desires to convict us of sin, guide us, teach us, give us wisdom, and gift us for service, BUT He will not force us. The Greek word we translate “filling” was also used of the wind filling a sail and carrying a ship along. Therefore, the question for you and me is, WILL YOU PUT UP YOUR SAIL, or will you row your own boat?