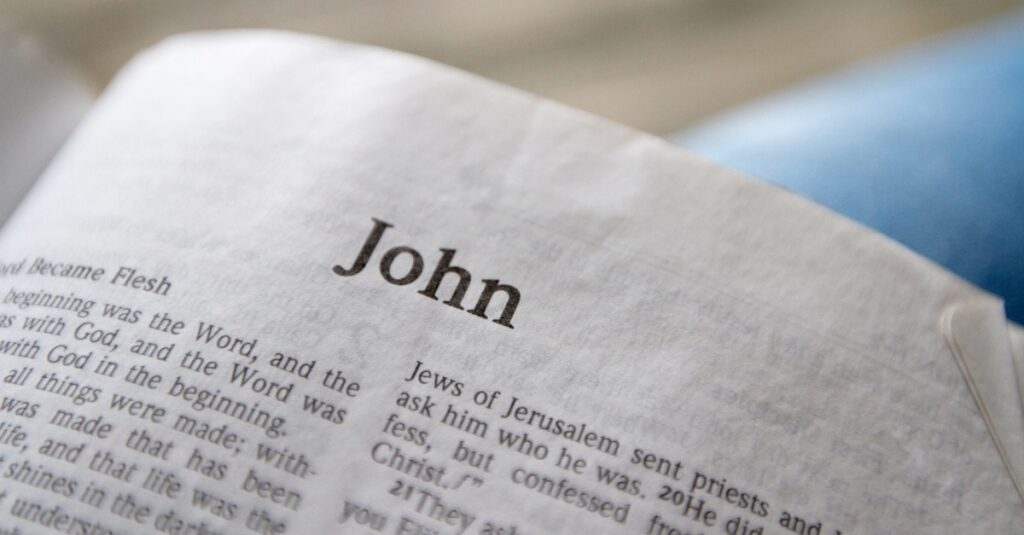 John 13 through chapter 16 contains the most extensive treatment of Jesus’ last teaching before, during, and after the Last Supper. The dominant theme throughout this section is love, which is mentioned 30 times. The outworking of this love was best demonstrated by Jesus’ sacrifice on the cross, but Jesus gave a simple demonstration of humility and love in John 13 by washing the feet of His disciples. There were very few paved roads in Israel and it was a hot arid climate. The typical shoe wear was open toed sandals, so people always had sweaty dirty feet, and naturally when they entered peoples’ nice homes the custom was to take off the shoes and clean their feet. Typically the lowest servant or slave would be the poor sap who got to wash the grime off of everyone’s feet. Therefore when Jesus got the basin of water and the towel to wash the disciples’ feet, they were shocked.

In the world, humility is considered a weakness, and self-promotion is a shrewd virtue. People desire position, power, and wealth so that others will serve them. Quite often those who appear humble actually have a selfish motive and all too often are trying to sell something or have some other agenda. Jesus was genuinely humble and had no ulterior motive other than the salvation of His disciples. Also, the love Jesus revealed was unique. Worldly society is obsessed with romance and sex. Most product marketing revolves around that obsession, and it is big business, big entertainment. Nevertheless, the world’s view of love is all too often narcissistic, and people are takers, not givers. Divorce is high because people want more than they will give, and their mantra is, “meet my needs, make me happy”. On the other hand, Godly love is marked by self-sacrifice, humility, and unconditional love. Jesus loved unlovable people. On the way to the cross, as He was being taunted beaten and spat upon, Jesus said “Forgive them for they don’t know what they are doing”. Jesus voluntarily gave Himself up to be crucified and asked the Father to save the very people who were against Him. Later, both Paul and John would use the love of Christ as an example to the church to follow in loving each other, “walk in love just as Christ also loved you, and gave Himself up for us, an offering and a sacrifice” (Eph.5:2), and “We know love by this, that Jesus laid down His life for us, and we ought to lay down our lives for the brethren” (1 Jn. 3:16). Before the Last Supper, Jesus gave a visual parabolic example of this type of humble love by washing His disciples feet.

In John 13:3, the preface for Jesus’ remarkable demonstration is that Jesus, as the Son of God, came from heaven, and had all power and ownership. It should be amazing to His disciples that with His total ownership and absolute power He used it to serve and love His disciples. The author stressed Jesus’ rights and power to amplify the depth of His humility. We would expect Jesus to drown Judas, and tell the disciples to go round up the Pharisees and give them a blast of divine wrath; but instead Jesus used His power and authority to perform the most menial task that was usually reserved for the lowest servant. As usual, Simon Peter represents the disciples’ reaction in v.6-10. Seeing Jesus as his Lord, but not yet understanding the principle of being great by being a servant, Peter protested. This is classic Peter—candid, well intentioned, but totally devoid of understanding (I can relate). Peter told Jesus not to wash his feet because of his own understanding of how the pecking order works in human relationships. The lowest servant washes the honored guest’s feet and the greatest people get the best seats with the spotlight on them while the nobodies sit in the back. This is proven by the Gospel of Luke’s parallel Last Supper account in Luke 22:24 where Peter and the disciples got into an argument “as to which one of them was regarded to be the greatest”. This just tells us how bad the disciples needed the foot washing demonstration (as do we all). Jesus’ shocking reply to Peter in John 13:8 corrected their misconception about greatness, but also made it clear that unless you accept Christ’s sacrifice you aren’t saved (clean).

The foot washing drama and conversation revealed at least three important points for us:  1. It was a display of Christ’s love, 2. It was a model of Christian service and way of life, and 3. The cleansing was a symbol of salvation- you must have the cleansing of the atoning work of Christ on the cross to be saved. You may be wondering how they could be clean since Jesus had not died on the cross yet, but God looked forward to Jesus’ sacrifice and knew that all believers’ sins would be forgiven past, present, and future. Paul says this in Romans 3:25 that “in the forbearance of God He passed over the sins previously committed”. This was demonstrated in the life of Abraham as we read that “Abraham believed God and it was reckoned to him as righteousness”, even though Abraham lived over 2000 years before Christ. Yet Paul says in Galatians 3:6-9 that God preached the Gospel beforehand to Abraham and Abraham believed that Christ was his Savior (Gal.3:16).

In John 13:6-10, Peter first protested Jesus washing him, but after Jesus’ reply, “If I don’t wash you, you have no part with Me”, Peter said ”then wash all of me”. Jesus then confirmed that Peter and ten of the other disciples (excluding Judas) were saved, forgiven, and thus “clean”. This also made it clear that this cleanness was a done deal that need not be repeated. The cleansing by Jesus’ sacrifice can’t be repeated, and it was a once for all sins sacrifice. We can read two whole chapters on this in Hebrews 9-10, where the summary statement is “we have been sanctified through the offering of the body of Jesus Christ once for all…He, having offered one sacrifice for sins for all time, sat down at the right hand of God…for by one offering He has perfected for all time those who are sanctified”.

In John 13:12-17, we have Jesus teaching the disciples that the example of His humble service to them of washing their feet was a model for how they were to treat each other. First Jesus put His clothes back on and sat down and then got their attention by asking them if they understood what He just did to them. It was way more than just getting their feet clean, it was a dramatic example of how they should serve each other. Jesus had been serving and providing for them for three years, but very soon He would be gone and they would need to serve each other. How bad did they need this lesson? Remember their constant three-year power struggle amongst themselves for authority and prestige. James and John had even gone so far as to get their mama to ask Jesus to appoint them as the head guys. In Matthew 20:20-26, their mother came and asked Jesus to “Command that in your Kingdom these two sons of mine may sit one on your right and one on your left (positions of authority)” Jesus’ reply to her was the same message as the foot washing in John 13–to be great in God’s eyes you have to be a servant and sacrifice yourself, for “whoever wishes to be great among you shall be your servant”. Even the revered, exalted Son of God assumes the role of servant for the good of others.

One question the church has dealt with concerning the John 13 foot washing passage is “Should foot washing be an ordinance of the church”? I think not for at least two reasons. First, it is nowhere else in the New Testament, and the early church in the book of Acts did not practice it. It is not even in any of the extra-biblical church documents. Secondly, Jesus clearly said it was an example, a metaphor to be humble and serve others. At the heart of the matter is heartfelt humility and love for others. If you reduce it to foot washing as a ritual it could easily mask our pride and hypocrisy.

“Not All of You are Clean”

One of the questions I often get is whether Judas Iscariot was saved, or will he be in heaven? The argument for his salvation is that in Jn.13:2, the devil entered into him so it wasn’t his fault, or they might see the betrayal as something foreordained by God and therefore not Judas’ fault. I see the betrayal of Jesus as being mediated by Judas but it was Satanic by nature. Judas was originally motivated by greed and pride, and was intending all along to betray Jesus, as attested to by John 12:4-6. Judas was a thief, and must have been very good at it because the other disciples never suspected him. Even when Jesus pointed him out as the betrayer, the disciples didn’t understand. Judas was responsible and wanted to do what he did, so he was used by Satan to accomplish his desire to have Christ killed. Jesus Himself made it clear in the Upper Room Discourse of John 13-17 that Judas was doomed for destruction in Jn.13:11; and 17:12. Jesus had also said this in John 6:70-71. In the aftermath of Acts 1:25, the other Apostles elect someone to take Judas’ place saying that “Judas turned aside to go to his own place (hell)”.

You are Blessed if You do These Things

In John 13:17, Jesus gave the application of the foot washing example to His disciples and to us as well. We know that from Christ’s example that we should love and serve each other, but what we might not know is the blessing that we will receive by being obedient. The peace now of just following Jesus’ example is a blessing itself, but no doubt Jesus was also referring to blessings in the Kingdom.