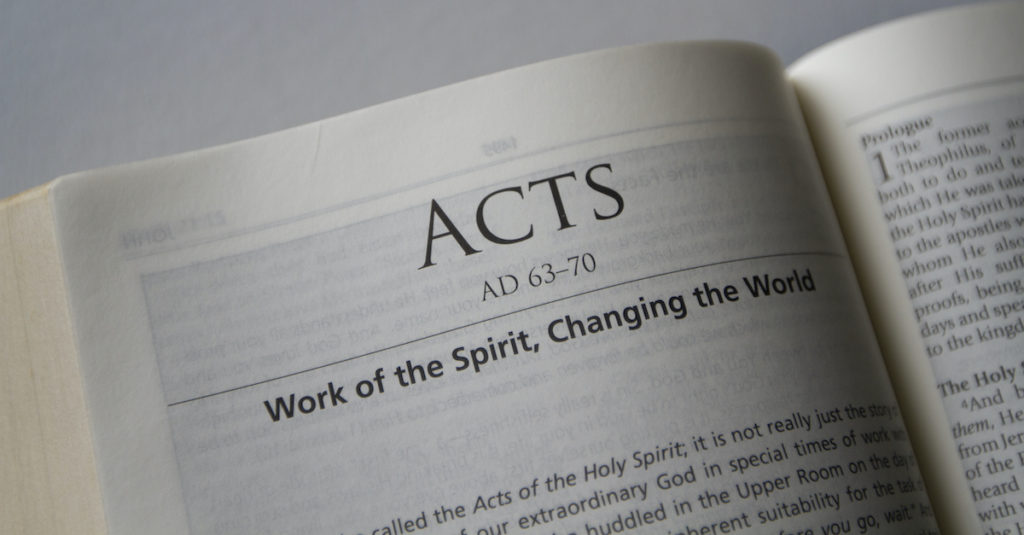 In Acts 1:8, Jesus had commanded the disciples to go and be His witnesses to Jerusalem, Judea, Samaria, and even the remotest areas of the world; but at the end of Acts 7 they are still in Jerusalem. We can’t be sure how much time had gone by, but if the resurrection occurred in 30 AD, and the death of Herod in Acts 12 occurred in 44 AD, then considerable time had gone by without them leaving their comfort zone. All the momentum had been on the church’s side in those early days because thousands were believing in Christ, and the whole city was observing great “signs and wonders” taking place through Christ’s disciples. Then an important event took place that swung the momentum away from the church. In Acts 7:60, a great witness for Christ, Stephen, was stoned to death. At first glance, Stephen’s death seemed a great waste, but God used it to do great things to move the disciples out of their comfort zone.

At first glance Stephen’s death seemed like a sad waste of a devoted servant to God. Even worse, it had been for nothing because none of the people in that synagogue where Stephen got arrested were converted. His ministry seemed to end in failure. Why would God allow him to be killed when Stephen had so much to offer, so much potential?

Upon further review, Stephen’s death triggered the first great wave of persecutions against the church, and that was actually a good thing. It scattered the church throughout Judea and Samaria into areas they just would not have gone without some serious prompting. The religious leaders attempt to stamp out the church, actually started new churches in all the surrounding areas. Acts 8 was the pivot in the action, or the turning point for missionary activity outside Jerusalem. In Acts 8, the disciples reached out to the hated Samaritans, and even a Gentile would be saved. In order to understand how unlikely this was previously, read Luke 9:54. When Jesus and His disciples were passing through Samaria, John had asked “Lord do you want us to command fire to come down from heaven and consume them?” Jesus had replied no, that he came into the world to save lives, and then years later here they were saving the souls of Samaritans in Acts 8.

The Philip of Acts 8 was not the apostle, but probably was the deacon chosen in Acts 6:5. After the recorded activity in chapter 8, we don’t hear from him again until Acts 21:8 about 20 years later. At that time, he was called Philip the evangelist and he met Paul in Caesarea. Philip was God’s chosen instrument to venture into the land of the hated Samaritans. They had a Jewish monotheistic view of God, and a basic knowledge of the Jewish Bible so they were very open to the Gospel message, and thousands believed in Jesus. We know that Samaritans were looking for the Messiah to appear from the story in John 4:25 about the Samaritan woman who told Jesus that Messiah was coming and they were looking for Him. Jesus then told her, “I am He”. The woman believed in Him, her life was changed, and her whole village became believers in Jesus as the Messiah. We can see in Acts 8:7 that Samaria had been an unclean place of much idolatry because many people had unclean spirits (demons) that were “coming out of them shouting”. What a wild scene that must have been with Philip doing signs and wonders, multitudes being converted to Jesus, and demons audibly coming out of afflicted people. The key focus is Acts 8:8, “there was much rejoicing in that city”. In the midst of poverty, oppression, and demonic activity, Jesus was saving souls and changing lives.

As Luke records the story of taking the gospel to Samaria in Acts 8, he included an interesting story in verses 9-24 about a magician there named Simon. This Simon of Samaria was used to “wowing” people with his tricks, but when he observed the signs and wonders that Philip was doing, he was flat out impressed. The text even tells us that “even Simon believed” and was baptized. Theologians have always differed on whether this meant he was really saved or just had intellectual assent because he was so impressed with the power of the Holy Spirit. In Acts 8:14, the church in Jerusalem sent Peter and John to check out what was going on in Samaria. When Peter and John prayed for the believers in Samaria there was a visual and audible demonstration of the Holy Spirit filling them. I believe this happened on a one-time basis so the Jews would have confirmation that Jesus accepted the Samaritans also. Normally the Spirit indwells believers at the point in time of salvation. Nevertheless, it did not happen to Simon the magician, so he became very anxious and offered money to Peter to give him the Spirit, and the ability to convey this power to others. I think Simon saw an opportunity to make a killing in the televangelist business.

Peter’s reply provides solid doctrinal support for the church then and now. In Greek, Peter said literally “To hell with you and your money”. You thought you could obtain the grace of God with money—no way! Peter went on to tell him that his heart was not right before God. Simon’s only hope was to repent and pray that the Lord would change his heart. In the history of the church for the last 2000 years there has been a crime of buying offices and positions in the hierarchy of the church named after the Simon of Acts 8:9-24. This practice of buying important church positions is called simony. Simony was one of the abuses that Martin Luther protested in 1517. In England, the cases of St. David Thomas Watson in 1699, and of Dean of York William Cockburn in 1841 are also of public record.

What About Those Who Have Never Heard?

The amazing story of the Ethiopian eunuch in Acts 8:26-39 is a case in point to answer the question about how those who have never heard could be saved. In Israel in the first century, Ethiopia was considered the outer edge of the world, and was not in the Roman Empire; yet this Ethiopian was seeking God. He had an emptiness in his soul that he longed to fill with the truth. In Jeremiah 29:13 we read God said “You will seek Me and find Me when you search for Me with all your heart”. The Ethiopian had been to Jerusalem in search of God, and had probably picked up a scroll of Isaiah. He was on his way back to Africa in his chariot when Philip caught up to him on the Gaza road. He was reading from the Isaiah scroll when Philip asked him if he understand what he was reading. He replied, “How could I, unless someone guides me?” Romans 10:14-18 immediately comes to my mind when I read this. Paul wrote that in order to believe the gospel, people have to hear it first, and God will be faithful to send a preacher to speak it if they are interested. Nevertheless, many will not believe, but for those who will, “faith comes from hearing the word of God.” Romans 10:18 says that no one has an excuse, because the voice of God’s spokespersons has gone out into all the earth. The point is that God is sovereignly involved in evangelism, and if anyone in any location is interested, God will send a preacher. Paul also said in Romans 1:18-25 that God created everyone with an inherent knowledge of God as well as a desire for God.

In Acts 8:32-35, the Ethiopian read from Isaiah 53:7-8 about the Messiah who would die for the sins of the world. He then asked Philip to tell him who that would be, and Philip proceeded to preach Jesus to him. The Ethiopian believed in Jesus as his Lord and Savior so they stopped near a stream where Philip baptized him. After this, the Holy Spirit snatched Philip away miraculously. I think God did this to confirm to the Ethiopian that Philip was definitely a spokesman for God. I think it is safe to say about the two characters in Acts 8—the magician and the eunuch, that the first had a kind of faith that does not save, but the second had a faith that does save.

God’s Chosen Instrument to the Gentiles

We were first introduced to Saul in Acts 7:58 where he was a party to the stoning of Stephen. In Acts 8:1, we read that “Saul was in hearty agreement with putting him to death.” Saul and his cohorts were so invigorated by their success in killing Stephen that they began persecuting all the believers vigorously, even to the point of entering people’s houses and dragging them off to jail. Saul was so successful that he thought it a good idea to chase the disciples who had left Jerusalem. He got permission and arrest warrants for Christians in Damascus. Saul and some companions journeyed to Damascus, but when they got near the city, Saul had what theologians today call “a Damascus road experience”. This refers to any kind of dramatic conversion that suddenly and radically changes someone’s life.

Suddenly an incredibly bright light from heaven flashed around Saul knocking him to the ground, and he heard a commanding voice say, “Saul, Saul, why are you persecuting Me?” The Jews with Saul saw the light and heard the voice, but did not understand because it was for Saul only. Now if I was Saul I would have been thinking “I sure hope that’s not Jesus, because if it is, I’m toast.” His worst nightmare was that Jesus was Lord, and the gospel he had heard Stephen preach was true. It was Jesus, and Saul was blinded and given marching orders to go to Damascus and wait for instructions. Jesus sent Ananias to Saul to inform him, who had been Jesus’ greatest enemy, that now Saul would be a chosen instrument of Christ’s to bear Christ’s name to the Gentiles. After Ananias spoke, Saul regained his sight and was filled with the Holy Spirit. As you may know, from then on, Saul represented Christ very well, and we owe 13 books of the New Testament to him. Makes you wonder—if Jesus could use him, maybe He could use each of us? 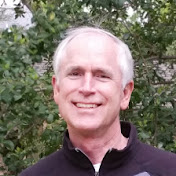