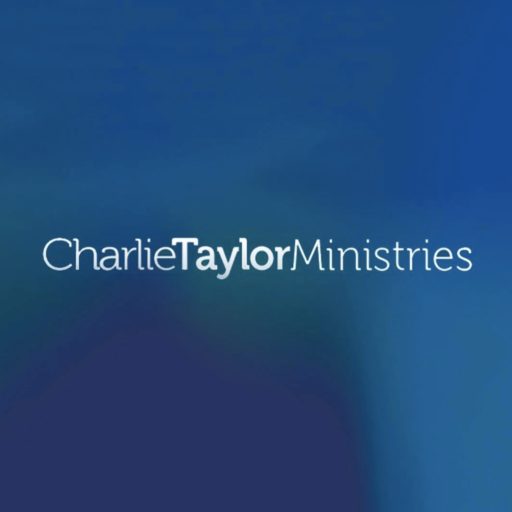 Next to Jerusalem, Masada is the most popular tourist attraction in Israel. The name Masada comes from the Hebrew word meaning “fortress”. It is an ancient palace/fortification in southeastern Israel on the edge of the Judean desert overlooking the Dead Sea. It is an isolated flat area on top of a mesa or cliff comprising about 18 acres. It was first fortified by Alexander Jannaeus who ruled Israel before the Romans took over Israel between 60 and 70 BC. On the east side of the plateau, there is a sheer drop of about 1350 feet, and on the west side it stands about 300 feet above the terrain below. There were no natural approaches to the top, but they built three narrow winding rock footpaths to the top. Around 37 BC, Herod the Great had been appointed King over Israel and Idumea. There was a power struggle between Herod and the sons of Jannaeus, which Herod won. Publicly, Herod portrayed Masada as a resort in which he built a superb palace with swimming pools, steam baths, and luxurious living quarters. In reality, Herod prepared for himself an impregnable fortress as a refuge against two dangers that he was paranoid over. First, he believed the Jews in Jerusalem were always plotting against him, and secondly, a greater danger was Queen Cleopatra of Egypt who had her eyes on ruling over all of the Middle East including Israel. Herod reigned under the authority of Rome, and Mark Anthony was one of the rulers of Rome. She used her feminine wiles to persuade Mark Anthony to cut off Herod and have him killed. Herod also feared the Parthians who had attacked him before, so his plan was to build fortresses about every 20 miles so as to always have a refuge nearby to hole up in.

Almost all the information we have about Masada comes from the Jewish historian Josephus who wrote in the first century AD. According to Josephus, Herod built his palace and amenities at Masada between 37 and 31 BC. It included a 12 foot wall all the way around the plateau with storehouses, barracks for troops, palaces, swimming pools and baths, and an armory to store weapons. About 70 years after King Herod’s death in 66 AD, the Jews in Jerusalem revolted and threw the Romans out of Israel. A small group of Jewish Zealots disguised themselves as delivery people at Masada where they overcame the small Roman garrison on Masada. In 70 AD, three Roman legions took Jerusalem back, and destroyed the city, killing most of the rebels, but a small group of fighters escaped down to Masada. They held out there for three years constantly doing hit and run raids against the Romans. Josephus wrote that in 73 AD, Roman Governor Flavius Silva (cool name) attacked them leading the famous Tenth Legion with about 10,000 Roman soldiers along with 5,000 auxiliary troops and Jewish slaves/prisoners of war. Flavius Silva had two big problems. First there was absolutely no water within miles and second, the cliffs were impossible for an army to climb. First, Silva built his own wall all the way around Masada called a circumvallation wall. This wall was to keep the Jews from escaping in the night, and to give the Romans defense against Jewish sneak attacks. The ruins of the Roman camps can still be seen below Masada today. The water problem was solved with much difficulty by his men literally carrying water every day from En Gedi, which is about 15-20 miles away. The Romans suffered from thirst and dehydration constantly. Since the west side of Masada was the shortest way up (300 feet), they built a ramp out of thousands of tons of stones and packed dirt all the way to the top. Initially, the Roman soldiers worked on the ramp, but the Jews on top kept throwing rocks down and killing them. Therefore Silva ordered that the thousands of Jewish slaves they had brought should build the ramp by themselves. The Jewish zealots on top recognized their Jewish countrymen and stopped hurling the missiles. Thus the ramp slowly but surely was built all the way to the top so the Romans could pull a great battering ram up to knock down the wall the Jews had built. Josephus knew all these details because he had interviewed two Jewish women who had survived the Roman siege.

The Jewish Zealots who had escaped Jerusalem to continue fighting at Masada were known as “the Sicarri” which meant “dagger-men”. The Sicarri carried hidden daggers that they would pull out at public gatherings to attack Romans, then they would blend into the crowd to escape. They were the ones most responsible for provoking the revolt against Rome by committing a series of atrocities that incited Roman retaliation that forced the rest of Israel to declare war. The leader of the Sicarri was a guy named Eleazar ben Yair, and archeologists have found his name on one of the eleven small ostraca (smooth stones) used to draw lots to see who would kill all their own people when it became certain the Romans would take Masada. Rather than become slaves, about 960 Jews decided to wipe themselves out so the Romans couldn’t kill or capture them. The eleven Sicarri were chosen to do the killing. Once the people were dead, the eleven drew the stones to see who would kill the other ten and then himself. All of this was recorded by the historian Josephus.

Where did Masada’s Water Come from?

The obvious question must be asked. In a desert that gets less than 3 inches of rain per year, how did they ever get enough water up to the top for about a thousand people to live for three years? Leave the solution to this problem to the genius of Herod the Great. He was an engineering and architectural genius that never met a problem he couldn’t solve. He built cisterns, which are like man made wells that hold huge amounts of water. The cisterns on the sides of Masada can be seen today, and they could hold about 10 million gallons of water, but how to get the water in the cisterns? Herod’s builders gathered all the rainfall runoff in drainage canals that emptied in cisterns that can be seen today on the east side of Masada. Still that wasn’t enough, so Herod surveyed all the mountains to the west that were higher than Masada. All the water running off of the mountains would drain east into the desert whose surface is chalk. When the chalk got wet, it became waterproof, and when it did rain, there would be flash floods that created gorges. Herod dammed up the gorges to collect and hold the water. Then he built aqueducts, which are artificial channels made to carry water by gravity from one location to another. The aqueducts carried all the water from all the mountains into Herod’s cisterns on the west side of Masada. When one cistern filled up, the overflow would automatically go into its neighboring cistern until they were all full up. The rebel Jewish Sicarri had so much water, that they tormented the Romans by standing at the top and yelling down while they poured great amounts of water over each other. Nevertheless, you have to hand it to the toughness of the Romans. Before they arrived at Masada, no army had ever been able to stay for long in the desert, but the Romans toughed it out until the ramp was finished.

The Memorial to Modern Israel

No one knows exactly how long it took for the Romans to take Masada, and I have seen several estimates, but they knocked down the wall and entered Masada after anywhere from 3 months to a year. After finishing the ramp, the Romans pulled a huge battering ram up to the top and knocked down the wall, but the Jews had built a wooden wall behind it that the Romans couldn’t reach with the ram. The Romans set it on fire, and as it burned into the night, the Romans retired back to their camp to make the final assault the next morning. When the angry thirsty Romans burst through the rubble and burnt wood, they were surprised to find no one there.

Once it became apparent to the Jewish leaders that an overwhelming Roman force would certainly enter and take Masada, their leaders decided that they would not give the Romans the pleasure of killing and capturing them. Rather than become slaves, the Jews decided to all commit suicide before the Romans came. Eleven of the Sicarri were chosen to kill all the men, women, and children. After that, they drew lots to determine who would kill the other ten and then himself. Their leader, Eleazer ben Yair made an impassioned speech to the people that Josephus recorded in his writings: “Since we long ago resolved to never be slaves to the Romans, nor to any other than God alone, who is the true and just Lord, the time has come that obliges us to make that resolution true in practice…while it is still in our power to die bravely, and in a state of freedom.”

Today, Masada symbolizes the determination of the Jewish people to be free in its own land. The site was discovered in 1842, but it was not excavated until 1963-1965. The site was largely untouched for two thousand years. The Chief of Staff of the Israel Defense Forces, Moshe Dayan, initiated the tradition of holding soldiers’ swearing in ceremony on top of Masada. The ceremony ended with the declaration, “Masada shall not fall again”. When you are there you may see Israeli soldiers running up and down the winding snake path on the east side as part of their basic training. Masada was declared a World Heritage Site in 2001, and all Israel considers it a memorial to Israeli freedom.

When King Herod the Great built all the buildings on Masada, his masterpiece was his royal palace. The shape of the flat top of Masada is like a boat with the pointed bow of the ship on the north end. On that northern edge of the steep cliff, and running down the walls, Herod built his palace with a splendid view. It consists of three terraces built into the wall of the cliff with staircases connecting them. By building it out over the edge of the cliff, Herod separated his palace from the buildings on top. On the upper terrace was his spacious living quarters with a circular balcony with columns. The two lower terraces were for entertainment and had porticos and a bathhouse. The rooms were paved with ornate mosaics and had wall coverings.

Are You Ever Safe?

The paranoid Herod had a great fear of rebellion and neighboring monarchs, and so he spared no expense building all those fortresses that he thought were impregnable. Nevertheless, he met the same end as we all do, and no one can control that. How high do the walls of protection have to be in order for us to be safe? They can never be high enough, and all of the great fortresses of antiguity are now nothing but a pile of rocks. Only in Christ can we find true eternal security. The New Testament calls Jesus the Foundation of our eternal life and security, and any other building which our life may be built on will eventually be just a pile of rocks. Therefore, come to Jesus now and believe so that your life may have true eternal security.