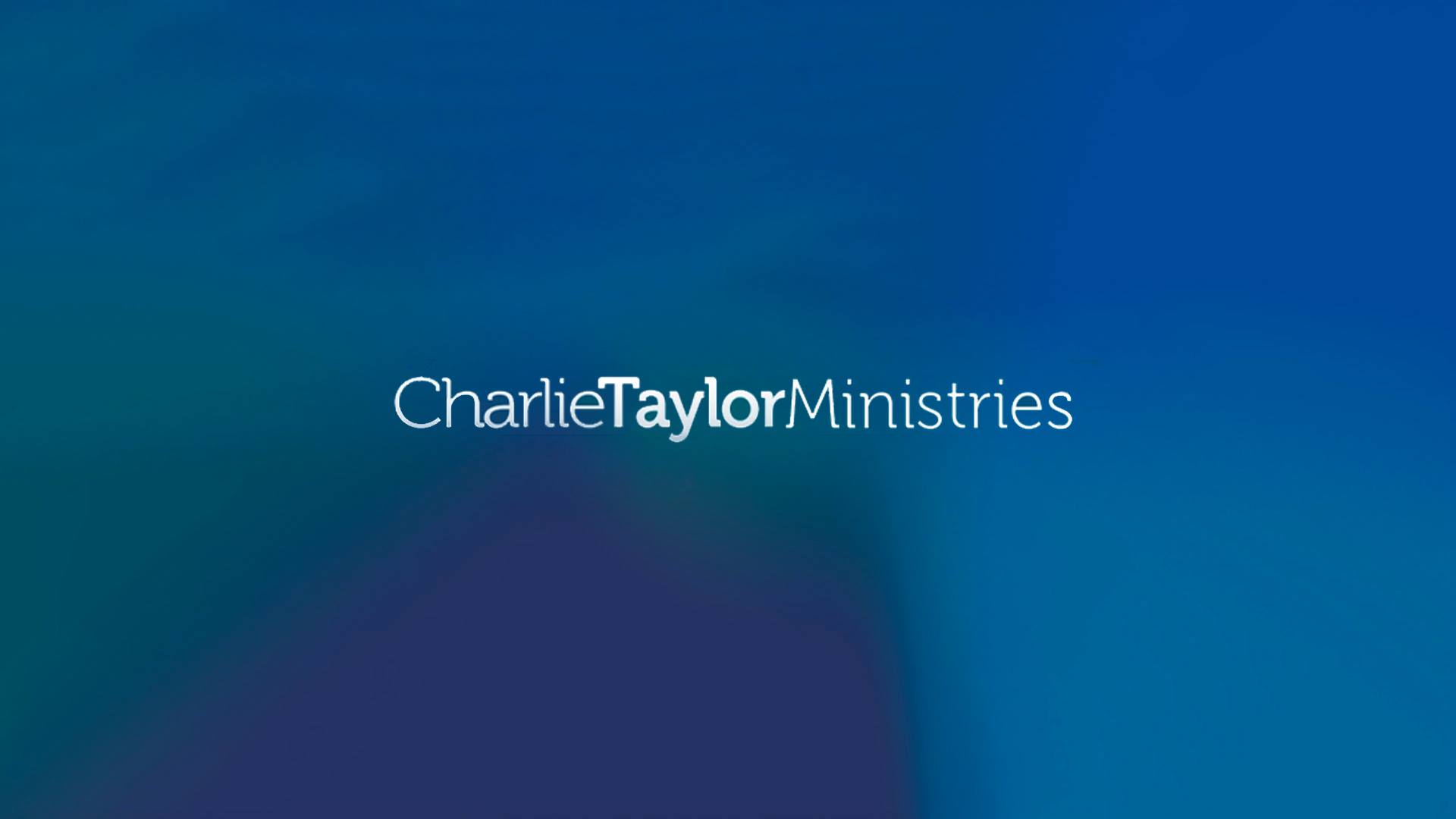 Home » Topical » The Fall of Nineveh

The book of Nahum is about the fall of the great city of Nineveh. You have maybe read books about the fall of Rome, or Berlin, or Saigon, but the fall of Nineveh was far greater than any city I can think of because of the suddenness and completeness of its destruction. One day it was one of the largest and riches cities on earth and three months later it just ceased to exist. Other great cities were conquered but rebuilt. Other cities were leveled, but at least historians knew were they had been—Nineveh ceased to exist, disappeared for about 2500 years, and nobody was certain of its exact location until 1849.

What very few people know is that its fall was a direct result of the judgment of the God of Israel upon a wicked, violent, and adulterous nation. God had actually used the warrior nation of Assyria to afflict Israel for many years. Shalmaneser III who reigned from 858-824 BC made Nineveh the headquarters of his expedition against northern Israel. He fought against Ahab of Israel and received tribute money from King Jehu. King Tiglath-pileser of Assyria defeated Pekah of Israel and put his puppet on the throne. The end for the northern kingdom of Israel came at the hands of Shalmaneser V and Sargon II (I love those cool names) in 722BC. Samaria fell to these guys and the history of these 10 tribes of Israel ceased. In 701 BC, King Sennacherib (I’m not making this up) invaded Judea (the area around Jerusalem), and surrounded the city of Jerusalem. Jerusalem was saved by a really humble and cool prayer of Hezekiah which can be found in Isaiah 37:15-21, 33-35. Even though God prevented the Assyrians from taking Jerusalem, for the next 60 or so years Judah lived in subjugation and fear of Assyria.

An Exceedingly Rich City at Others Expense

The spoils and riches built up in Nineveh of all the nations and cities that Assyria had conquered and taken. The peak of these stolen treasures being amassed probably was under King Sennacherib. He more than doubled Nineveh’s size, making it the greatest city of its time. Nineveh was a walled city consisting of about 1800 acres within a double wall and at least three large suburbs outside the walls. Sennacherib built for himself a huge opulent palace that he called “the Palace with no rival”. Large bronze lions guarded it. Sennacherib had an armory full of chariots, armor, and weapons that covered 46 acres. His treasury was stacked full with gold and silver and jewels.

By his own account written on tablets and stone prisms we know that he paid for all this at the expense of the nations he plundered. They were a warrior nation that grew rich off the hard work of others. The nations that they had not conquered sent to Nineveh tribute money, and its leaders were blackmailed into bowing the knee and submitting to tyranny.

The Nineveh towards which the book of Nahum was written was the center of evil, violence, torture, sorcery, and idolatry. Nahum called it the “bloody city” where enemies were impaled, skinned alive, beheaded, and pyramids were built with their heads. Under the rule of Sennacherib, Nineveh was the capital of the Assyrians, and it was the center of great affliction and threats against Jerusalem. We can find an example of this in Isaiah 36. Sennacherib sent his ambassador with a very unpleasant message I could paraphrase, “The King of Assyria is the greatest king on earth so don’t think your king can save you. Don’t think you can rely on your alliance with Egypt for I have defeated them. Don’t think you can rely on your God because the gods of all the other cities could not save them. Instead make a bargain with the King of Assyria, and pay him all your money, then come out from behind your walls and serve him. If you will not, I will torture you, and then annihilate you as I have done to all the other cities.”

Jerusalem lived under this oppressive threat for about a hundred years until Nineveh fell.

The God of Israel is an Avenging God

Secular historians give many reasons for Nineveh’s fall and the end of the Assyrian Empire like the rise of the Chaldeans in Babylon, corruption, and internal strife. Nevertheless, what really happened is revealed and predicted by Nahum. The wickedness of Assyria had built up for hundreds of years, and God’s patience had run out. The avenging wrath of God would destroy Nineveh and the Assyrians. In his first chapter Nahum establishes that God is jealous in that He will not share his deserved worship and glory with anything or anyone else. Of course this is the essence of the first command in the Ten Commandments (Ex.20:2-5), “You shall have no other gods before Me.” You shall not worship or serve anything else for the Lord is jealous and wrathful against idolatry. God shows His lovingkindness to those who love Him, and He is very patient, but eventually judgment is coming.

Nahum said it very well in 1:3, “The Lord is slow to anger and great in power, and the Lord will by no means leave the guilty unpunished.” The principle is that God has many attributes that we enjoy like love, grace, compassion, mercy, and forgiveness; but God also is holy and just. Many people do not like to think of God as a God of wrath, but what righteous judge allows crime to go unpunished? What would we think of a judge that would release a mass murderer? The love of God means He is patient, He sends many warnings, He gives many second chances, and God is willing to forgive if people will repent and turn to God based on the Truth in His Word; but at a point in time when the sin has built up beyond God’s willingness to bear it, He is coming in great wrath. You need only look at many instances like the flood in Genesis 6, or the destruction of Sodom in Genesis 18, or the purging of the Canaanites in Joshua, to know that He is also the righteous Judge who will not allow sin to go unpunished forever.

If you are thinking, “Well that is the God of the Old Testament, the God of the New Testament is different”, then think again. The greatest and most severe judgment is predicted in the N.T. over and over again. Jesus spoke of the final judgment in which He will say to unbelievers, “Depart from Me, accursed ones, into the eternal fire which has been prepared for the devil” (Matt.25:41). Paul also spoke of this in 2 Thes.1:7-10, “when the Lord Jesus Christ shall be revealed…dealing out retribution to those who do not know God..and these will pay the penalty of eternal destruction”. Peter called this end time of judgment by the same name as the O.T. prophets—the day of the Lord. Jesus will not only come back to judge all people, but also He will bring God’s wrathful judgment on the world, “the day of the Lord will come like a thief (suddenly), in which the heavens and earth will pass away with a roar and the elements will be destroyed by intense heat, and the earth and its works will be burned up.”(2 Peter 3:10). Luke wrote in Acts 17:31, “God has fixed a day in which He will judge the world in righteousness through Jesus whom He has appointed having furnished proof to all men by raising Him from the dead.”, and of course John wrote of it in Revelation 20:12.

The Meaning of Nahum

Nahum means “comfort”, but wait, there is no comfort for Nineveh here, it is all about their destruction. Exactly, this letter is meant as a comfort for Israel. Nahum’s ministry was to Jerusalem at the end of evil King Manasseh’s reign, and stretched into the reforms of good King Josiah in Jerusalem. Nahum’s message was against their tormenter Nineveh, and was a comfort to the reforming time of Jerusalem. Nineveh’s destruction was coming because of its outrageous sin and because of God’s justice.

The Boldness of Nahum

I think Nahum may be one of the boldest of the prophets in his predictions. He prophesied about 650 BC that the greatest city of the greatest empire would not only be defeated , but be destroyed completely, cease to exist, and not be rebuilt. If it was me, I would give myself a little room for error. I might say that eventually Assyria will be beaten and they will suffer losses or something safe like that. But no, Nahum gave great detail of something that would happen about 40 years later. He said the city gates would be destroyed, the Ninevites would be drunk during the final attack, Nineveh’s wall and gates would be destroyed by a great flood, much of the city would be burned by fire, there would be a great massacre of people, a great quantity of plunder—too much too count, would be carried out of the city, the Assyrian officers would flee their posts, and Nineveh’s destruction would be final. Amazingly all this happened in 612BC, and is backed up by archeologists and historians. The city was destroyed so completely that when Alexander the Great fought the battle of Arbela nearby in 331BC, he did not know that Nineveh had been there. Nineveh simply ceased to exist overnight, and nobody knew where it had been for almost 2500 years until an English guy named Sir Austen Henry Layard discovered it on the Tigris River in 1847.
Nineveh is the perfect example of that old saying—Sow the wind, reap the whirlwind, but what does its destruction mean to us? First, this rekindles our faith that God vindicates the righteous and punishes the wicked. It may not be in our timing but it will be complete. Next, appearances are deceiving. Now for a little while evil appears to be winning, but God is watching, God lets sin pile up before He acts so be forewarned. The inducements of the world, the appeal of pleasure, the sirens’ call is powerful; but it is short lived. Our perspective must be eternal. In Nahum 2:13, he wrote that God was against them. What are the consequences of that? Now it is shame, guilt, and devastation, and in eternity it is eternal fire. CHARLIE TAYLOR

Home » Topical » The Fall of Nineveh