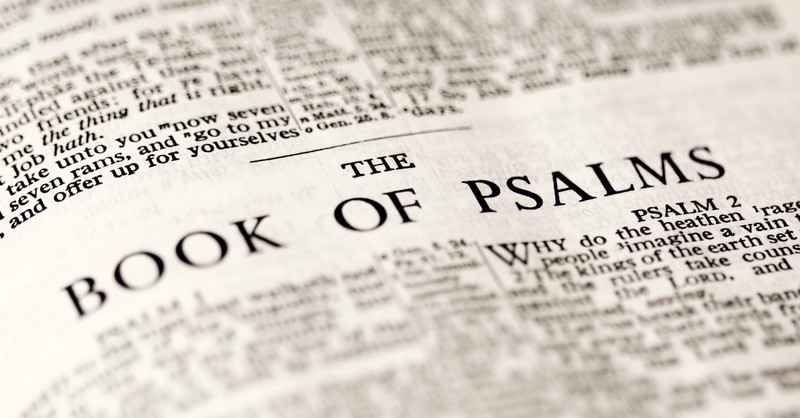 Both Psalm 32 and Psalm 51 were written about David’s experience after he committed adultery with Bathsheba, and afterward murdered her husband Uriah. David had done what most great men have always done—covered it up. Psalm 32 was probably written after Psalm 51 (the order of the Psalms has nothing to do with their chronology). After reflection, He is now fulfilling his vow from Ps. 51:13 to teach others the error of his ways. The word in the title of Psalm 32 is “maskil”, which means “the giving of instruction”.

The Irresistible Object of Desire

David’s experience of committing what would seem like irreparable sin, and the resultant cover-up that he describes here, most certainly is the episode recorded in 2 Samuel 11-12, known by all as the David and Bathsheba story. At a time when David was supposed to be out leading his army, he was languishing around at his palace in Jerusalem. Bored out of his mind, he went up on the roof to get a good view of his city. David’s palace was on a hill, and rose up above all the other houses. Not far away in her back yard pool was the beautiful Bathsheba. From the previous stories we learned that David was very much the ladies man, so when he saw that woman who was “very beautiful”, it got his full attention. If you are like me, you love David in all the previous stories in First and Second Samuel, so immediately you want to go back in a time capsule and slap David out of it, because you know this is not going to end well. I think for all of us there is some kind of temptation that would be the “irresistible object of desire”, so let’s call it our IOD. There is always an enticement that offers immediate gratification while concealing the ultimate disastrous consequences. We are like fish that see nothing beyond the juicy bait dangling in front of us, but eventually we get stuck by a cruel hook. When David came face to face with his IOD (irresistible object of desire), this great man of God lost his focus, and at that moment, God became quite forgotten. David became overwhelmed with imagination and fantasy. Make no mistake, I am not excusing his actions—just the opposite. In the New Testament, James gave an excellent formula for how we are enticed into sin, and he lays the blame squarely on us. Most people say, “Everybody does it”, or “I couldn’t help it, it just happened”, or “God made me this way”, or like Flip Wilson’s character Geraldine said, “The devil made me do it!” Nevertheless, James 1:14 says, “each one of us is carried away and enticed by his own lust”. We each have our weaknesses and powerful desires, and even if they are currently dormant, they can come to the surface when the IOD shows up. As James would say—Our lust meets the IOD, gives birth to sin, and the result is death (meaning separation from God). This separation can take two forms—for the unbeliever it is eternal, but for the believer like David it is that temporary time that David wrote about in Psalm 32. During that time of his cover-up, David was tormented by his conscience and felt lonely as though alienated from God. David was disciplined by God until finally he came clean, confessed, and repented, and then David was restored to the fellowship with God that he richly desired.

After we sin, there are choices. We can confess, come clean, and make restitution, which risks reputation and position. The higher the position, the greater the risk, and the greater the loss. The second choice, which is by far the most popular, is to cover up which means going further into sin, deception, and hypocrisy. History tells us that sin always takes you further than you want to go, keeps you longer than you want to stay, and costs you more than you want to pay. When it comes to Kings and Presidents, they always choose to cover-up. The good news for David and all believers is that God is watching, and God disciplines those whom He loves, which usually results in restoration (Hebrews 12:5-11).

So David went about a year before the Lord got his attention and turned him around. What did David feel like and experience during that time? How was he sleeping? Was he experiencing both physical and emotional problems as he tried to suppress his conscience? What did it feel like to finally come clean and confess the whole thing? Praise God that we have Psalm 32 to reveal the answers.

Life During the Cover-Up

What do we know about the one year period of the cover-up of David? Remember all the people who knew what he had done—all the servants at the Palace, General Joab and several officers in the army, Bathsheba’s relatives, doctors, friends, etc. People knew, rumors were flying, and wherever he went people whispered. David wrote that it dominated his life. He couldn’t sleep well at night, he had inner turmoil, he was physically ill, he lost weight, food didn’t taste well, and he lost his joy for life. He was haunted by the memories of Uriah, and he had nightmares whenever he was able to sleep. Lying became a normal daily activity made a necessity. His conscience tormented him, and he felt the heavy hand of God’s discipline upon him.

David felt the absence of God’s Spirit, and he was lonely. As King, can you be lonely in the middle of thousands of people? Yes, that’s what unconfessed sin does to you. Paranoia took over as he wondered what everybody was thinking and doing behind his back. Every question and comment made him wonder what they meant by that. Imagine the snide remarks people made like, “Wow, you and Bathsheba sure had a whirlwind romance to marry right after her husband died. And what a bad break for Uriah to get left alone like that at the enemy’s wall. And that baby sure was premature, but it looks so healthy”. Added to all the intrigue was the fact that David’s witness for God was destroyed. David was supposed to be God’s anointed leader to lead the people to the Lord, but the country took a moral/ethical nose dive, and there was nothing he could do.
From Rebellion to Repentance

In 2 Samuel 12, God sent the prophet Nathan to David to expose his sin. David could have denied it all and had Nathan arrested like most of the Kings in the history of Israel treated the prophets sent by God; but instead, David was convicted of his sin, confessed it all, and repented.

Psalm 32 is David’s testimony and teaching about his personal experience. In Psalm 32:1-2, David taught of the blessings that go to the person who has been forgiven by God, and restored to God’s presence. David wants us to know the effect of confession that leads to forgiveness and restoration. In verses 1-2, he used three distinct terms for human sin, but then followed each with three distinct words for forgiveness. The word translated “transgression” was used in Hebrew to mean rebellion. The word translated “sin” comes from the Hebrew phrase for taking the wrong path, or missing the mark. God has set a standard, and we have missed it. In v.2, the word translated “iniquity” in Hebrew is the word for perversion or crooked deeds. This repetitive pattern is common to Hebrew poetry, and is called parallelism, but it serves to make the point of the total all comprehensive nature of David’s sin. David follows these words and phrases with 3 different words or phrases for God’s forgiveness. The first one is the phrase for lifting a burden. God has lifted the burden of sin off of David’s back. Next is the Hebrew word for covered which is used in the Book of Exodus for the atonement. In our case, the sacrifice of Christ “covers” our sin so that God no longer looks at it. Lastly, we read that God does not impute or account for the sins committed. It is as if our sin is no longer in the record book. The irony of David repeating “How blessed is the person” is that the blessing of God goes to a law-breaker, and thus a sinner’s hell is turned into heaven. At the end of v.2, he adds “in whose spirit there is no deceit”. This is very important to recognize that God knows our hearts, and so He recognizes hypocrisy and self-deception in our confessions. If it is just a “religious” thing, or we are not really sorry for our sin and plan to do it again, then there is no blessing of forgiveness.

In Ps.32:3-5, David wrote about his personal experience of first covering up sin, and then the blessing of his confession which resulted in God’s forgiveness and restoration. When David kept silent, he had an inner turmoil that resulted in emotional and physical pain. David believed that God’s “hand was heavy upon me”. This is imagery for the discipline that he felt from God. The Lord was convicting him of his guilt, and he describes the effects of that repressed guilt through the imagery, “my vitality was drained away as with the fever heat of summer”. Then in v.5, David stopped hiding and living in denial. He openly, publically laid out his sins for all to hear. Again David used all three words for his sins to let us know the full gamut of what he had done. Our gracious and merciful God simply forgave the guilt of David’s sins.

David now becomes the teacher who has learned from experience. He tells his audience that they should seize the opportunity to approach God in prayer while the invitation of forgiveness is still there. You never know how soon it will be too late. Again, David uses imagery of a flood that is coming that will sweep away all sinners. After the flood, it will be too late for forgiveness. Will you answer the call of conviction now so you will be ready then? Or will you be swept away by the flood?
Again in verses 8-10, David gives instruction using imagery. David warns against being stubborn like a horse or a mule that has no moral sense or conscience to guide them. Their movements are controlled and limited by the use of “bit and bridle”. Don’t be like a mule that resists the divine will and must be disciplined by “sorrows” in verse 10. David concludes his psalm with a command to praise God and rejoice all who have been forgiven. They are called, in verse 11, the righteous ones who are “upright in heart”. Their righteousness is not earned, but is granted by a gracious God in response to human trust.

In Romans 4, Paul quotes Psalm 32:1-2 to prove his point that we are not saved by our obedience or works. Paul said we are saved by the grace of God, and we receive that grace through faith alone. In order to prove his point, Paul added both the story of Abraham and David. Abraham was the great Patriarch of Israel, and David was the greatest King of Israel. Who could have been more righteous than them? Yet, both Abraham and David were clearly sinners in the need of forgiveness from a gracious God.