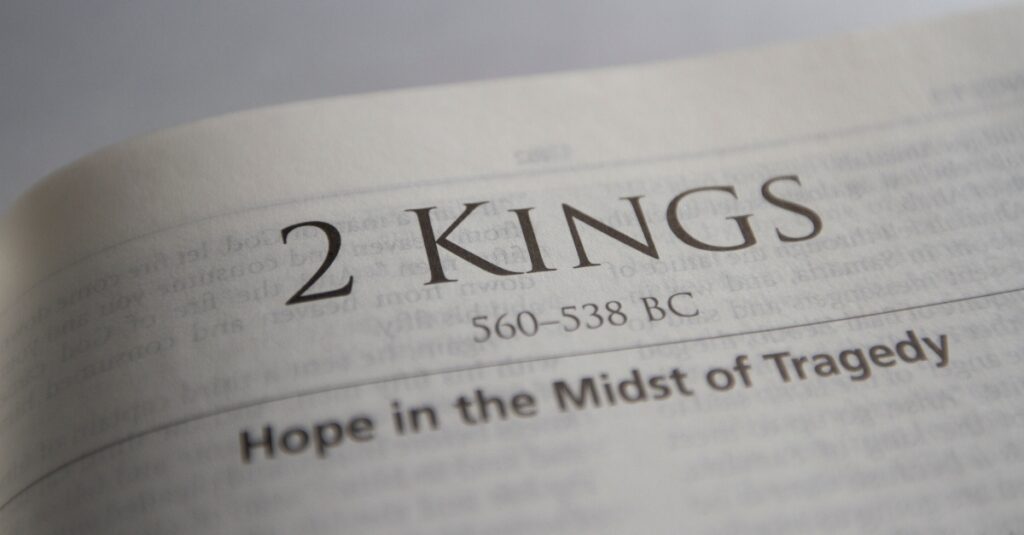 1 Kings 1-3, David as the Godfather by CHARLIE TAYLOR

I think Mario Puzo got his idea for the ending to the novel and movie THE GODFATHER from 1 Kings 1-2. David had many sons by different wives, and some of them were very ambitious and planned to take over as king when David died. After Absalom’s revolt was put down, David had kept the peace and not killed his enemies and rivals like Joab and Shimei. David had also promised Bathsheba and Solomon that Solomon would be his successor when David died, but his oldest son Adonijah had a lust for the throne. During David’s life, he had determined that he would not seek revenge against his enemies, but when he got to the end of his life he called Solomon in to a secret meeting. It was just like the scene in the Godfather when Marlon Brando called his son played by Al Pacino into the garden to instruct him what to do when the Godfather died. The Godfather had promised the five crime families in the New York mafia that he would not seek revenge or do anything to break the peace. Nevertheless, he told Pacino that when he died Pacino should immediately wipe out all his enemies so he would become the undisputed Godfather. Therefore as soon as Brando passed away Pacino bumped off about eight rivals, and suddenly he had no enemies. In 1 Kings 1-2, David had the exact conversation with Solomon that as soon as he died Solomon was to gun down Joab, Shimei, Adonijah, and any other rival. This is exactly what Solomon did—a purge of all his enemies, and we learn that God actually condoned his actions.

Each person’s life has two events in which he has no control—the beginning and the end, birth and death. Ecclesiastes 3:1-8, written by Solomon laid out all the different happenings and their timing in each person’s life. Birth and death, plant and harvest, kill and heal, tear down and build up, weep and laugh, embrace and shun, love and hate, and war and peace all opposites but there is a time for each. Now David came to that time when death was near. He had led a very rich and full life, but we read in 1 Kings 1, “Now David was old, advanced in age”, so much so that he was always too cold so they got him a young virgin to lie with him and keep him warm. In v.5 the author lets us know that even though David had promised Solomon would be king, Adonijah “exalted himself and said I will be king”. If David didn’t take action, there would be a civil war when he died. David needed to set things straight before he died, so he called in Solomon knowing that Solomon was God’s choice as well, and God had promised that Solomon would build the Temple.

Promises to Keep Before I Sleep

David had promised God, Bathsheba, Nathan, Solomon, and Zadok the priest that Solomon would be king, but a crisis developed when Adonijah held a feast with a lot of important people and declared himself King of Israel! Never mind that David was still alive. Never mind that David favored Solomon, and never mind that God’s spokesperson Nathan the prophet, made it clear that God’s choice for the next king was Solomon. Therefore Solomon’s mother, Bathsheba and Nathan intervened and reminded David of his promise to make Solomon king. This convicts me of all the promises I have made to God over the years, but now have forgotten. I get so focused on the here and now, that as soon as the old problems and prayer requests are answered and solved, I forget. Sometimes a new crisis will wake me up and help me remember. David’s situation is very much like the poet Robert Frost’s when he wrote, “The woods are lovely, dark and deep, but I have miles to go before I sleep, and promises to keep, and promises to keep”. He knows his life is almost over, but there are still promises he made which need to be kept. David was old, weary, and sickly, but he still had a very important promise to keep. Fortunately David had some important people in his life that would hold him accountable. Bathsheba, Nathan, and Solomon knew that their very lives depended on David’s promise. If Adonijah became king, he would wipe them out first chance he got. Nathan sent Bathsheba to David saying, “Have you not sworn to your maidservant that Solomon would surely be king after me? Why then has Adonijah become king?”(1 Kings 1:13) After Bathsheba did so, Nathan entered the room also and confirmed what she had said. It was as if David woke up, was revitalized, and went into action. David took all the steps necessary to make his promise happen! Then in 1 Kings 1:48, we read David’s prayer, “Blessed be the Lord, the God of Israel who has granted one to sit on my throne today while my eyes see it.” David praised God for sending his trusted loved ones to hold him accountable, and may God please send folks to us to hold us accountable!

In light of Adonijah’s false claim to the throne, an enlivened David called Solomon in to strategize the steps Solomon should take once David passes away. The first order of business was to encourage Solomon to act with courage, but even more importantly he must “keep the charge of the Lord to walk in His ways, to keep His statutes, His ordinances and His testimonies according to what is written in the law of Moses, that you may succeed in all that you do”. I think this is clear that obedience to God is a condition to His blessing during our lifetime. David reminded Solomon that God had promised David in 2 Samuel 7 that his descendants would always sit on the throne of Israel, so Solomon had a God given right to rule. David had already anointed Solomon as King of Israel in a formal ceremony in front of Bathsheba, Zadok the priest, Nathan, and the military hero Benaiah. Then Zadok the priest had anointed Solomon as king before all Israel, and all Israel had proclaimed, “Long live King Solomon!” Now the only thing left to do was clean up the opposition. David gave Solomon a list of bad guys to bump off once David passed away. At the top of the list was the military tough guy Joab who had murdered Abner, Amasa, Absalom, and many other men David felt should be alive. Also, David’s old enemy Shimei who had lied about David and cursed him needed to be put out of his misery. Then of course the overly ambitious Adonijah had to be dealt with. Not long after David’s charge to purge the country of all the bad men who needed to be brought to justice, David passed away, and was buried in Jerusalem. Solomon sent teams of hit men to bump off the conspirators. Perhaps someone might say that this purge was bloodthirsty and unnecessary, but it escapes their notice that Joab had cold blooded murdered a lot of men, and should have been executed years before. Shimei had been pardoned by David for his crimes, but he continued to be a traitor even after David died. Adonijah had also committed treason, and after David’s death he tried to marry one of David’s wives in a power grab, so all these men just got justice.

In this story we once again see the ever-present example of man’s free will and God’s sovereignty. These men made their selfish ambitious choices thus condemning themselves, but God used it all for good. With all the opposition eliminated, Solomon was free to bring in a time of peace, building, and great prosperity. Therefore, which is true—Man has a free will, or God is sovereign? Both are true. Man is responsible, but God is sovereign.

The Rest of the Story of Solomon

Initially, Solomon fulfilled all his potential, and he was a godly man who wished to only obey and serve God as King of Israel. God was so pleased with Solomon that He asked him in a dream to ask God whatever he wanted and God would give it to him.(1 Kings 3:5) Solomon asked for discernment and wisdom so he could better serve God in ruling Israel. God was so pleased with his unselfish request that He not only granted him great wisdom, but God also gave him riches and honor so that he would be greater than all other kings. How wise was Solomon? The author gave a great example of his wisdom in 1 Kings 3:16-28. Two women brought their opposing case to him that both had given birth to sons, but one son died and both claimed the living baby. Whose child was the living one? Solomon realized that he could not determine the rightful mother by the conflicting testimony. Therefore he called for a sword to be brought and commanded that the child be cut in half and divided fairly between each woman. The rightful mother said, “give the other woman the living child and by no means kill him”. Then Solomon commanded them to give the child to the first woman who was the rightful mother.

The most impressive accomplishment of Solomon was the building of the first Temple in Jerusalem. Before, the priests had operated in a large tent they called the Tabernacle. The Ark of the Covenant resided within the Holy of Holies within the Tabernacle, but now Solomon built a permanent dwelling for the Ark and the priesthood. David had long before asked God to let him build the Temple, but God said no, his son Solomon would build it. David was able to buy the land on Mount Moriah right next to Jerusalem, and David amassed some of the materials for the Temple. Solomon put together a huge labor force not only to build it, but to transport all the massive stones and lumber. Solomon also built himself a great palace, and the two buildings together took about 20 years. Solomon was a great diplomat and trader, and he was admired by all the kings of the earth. He expanded the boundaries of Israel, and it was a great time of prosperity and peace. When the Temple was finished, the Ark was placed in its permanent location of the Holy of Holies within the Temple building. Just as David had “promises to keep before I sleep”, Solomon had fulfilled his “promises to keep before I sleep”.