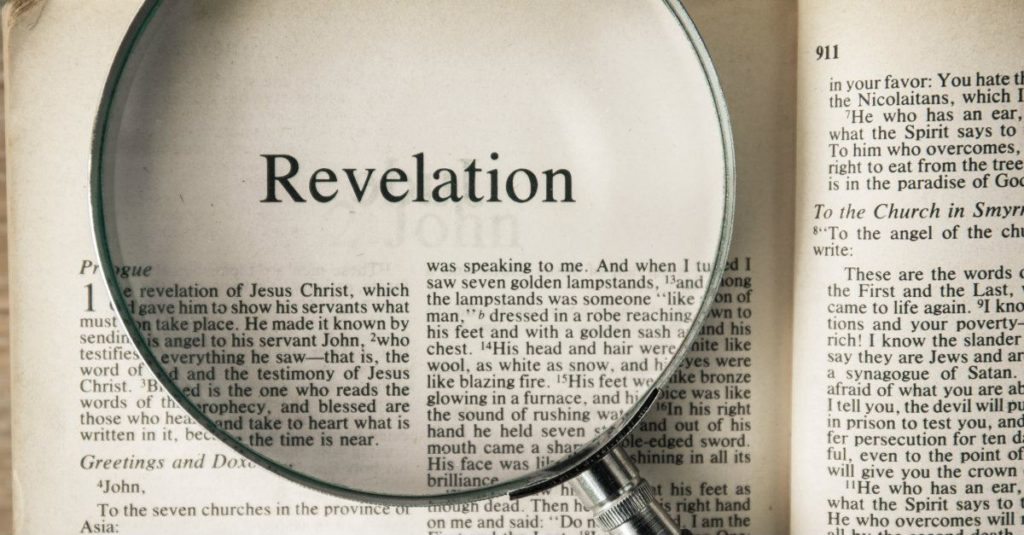 I have been asked many times why there is so much symbolism in the last book of the Bible. The symbolic nature of the book is announced early on in Rev.1:1 with the original Greek word “semainein” which is used to describe the method of disclosure of truth to John. It meant signified, or to communicate by symbols. God meant to communicate to John and us by word pictures. Therefore John was taken up to heaven and saw things both explainable and unexplainable. How does a human being limited to earthly things explain heavenly phenomena that is beyond his comprehension and ability to define in normative language? John saw awesome glorious beings, and the most awesome powerful glorious being of all—the glorified Christ. The glory of God is so magnificent in its brilliance that no human eyes can look upon it. That is why John wrote, “His face was like the sun shining in its strength.” There is nothing like it on earth but the closest John could get was the sun. Was His face the sun? No, John used a figure of speech called a simile to describe it the best he could. You can always find a simile because it usually uses “like” or “as”. “Like is used 22 times and “as” is used 65 times in Revelation Another good reason for symbolism is that in the futuristic prophetic sections, John is trying to describe future warfare and natural disasters using a limited first century understanding. Would it be wise to describe twenty-first century warfare by twenty-first century terms to a first century audience? That is maybe why John was given the images of  The Four Horsemen in ch.6. Could the 1st century mind understand atomic bombs, tanks, and planes? No, but the reader is clear on the terrible carnage of this war because it understands the symbolism.

Don’t forget that most of the time the images are explained. In ch.1 we are told that the lampstands represent the seven churches and the stars represent angels (v20). It is equally clear that the awesome person he sees is the glorified Christ—He is called the Son of Man, He identifies Himself as “the first and the last” who was dead but is now alive forever (the resurrection). He is pictured as our High Priest, our Judge, and our King. Granted there is much debate on some of the images John describes, but the important things are clear and the main themes and messages are clear.

The Relationship of Symbolism to Reality

In using figures of speech to describe things he saw, John actually is revealing existing persons and things. We are told in ch1 that Jesus’ voice is like a trumpet, and then in v.15 it is likened to a waterfall. His voice is not a trumpet or a waterfall, but John did hear it and by his description we know it is real. “His eyes were like a flame of fire” (v14), is a comparison to convey that His eyes were real and they were penetrating like an omniscient judge. His feet were not burning, but shined from His deity. The interpretation requires literal feet. The key is that John saw the real, historic glorified Christ. The symbolism was used to describe literal truth and reality.

Later visions in ch.9 of locusts and scorpions from the bottomless pit are different because these are unknown to anyone’s experience. Allowance must be made for the unfamiliar. In these cases John tried to use the familiar (horses, crowns, lion’s teeth, breastplates,etc.) to describe the unfamiliar. Events and things which have no precedent and no adequate terminology make our task more difficult. It is best to go with the main idea that these are evil demonic beings that inflict pain and leave it at that. To speculate on what they actually are (like Hal Lindsey) causes more problems than it solves.

The Revelation to John is a unique writing in the Bible. There is an attempt to portray the unseen world that lies behind the action of this present seen world. God has promised in the Old Testament prophets, the teachings of Jesus, and the teachings of Peter and Paul that there will come a day when God will intervene in this corrupt violent world with judgments that will end this world as we know it. God will sovereignly intervene on behalf of His people and against His enemies. God has chosen to make this come alive to us in images and pictures in Revelation. Some of the symbolism is perfectly explained as in Rev.1:20. Other images correspond to Old Testament pictures like Daniel 7 and 10, and most of them are considered literal by the author but convey a symbolic meaning. The Saints actually have white garments on which represent righteousness. The seven churches were actual historic churches but also represent the church age. Many symbols are interpreted elsewhere in the Bible like the elders in ch.4, the woman in ch.12, the supper in ch.19, and the tree of life in ch.22. Granted that over the years there has been much speculation and wild ideas, but I believe Revelation is meant to be futuristic in its interpretation and we should take it literally where it means to be, noticing that the similes, and symbolic nature can actually add to our impressions of things that we don’t fully understand yet. There is an unseen world, there is spiritual warfare, and God has chosen a time in which the autonomy and rebellion of the creation will come to an end.

God has graced us with a view of that unseen world and that end time. See you at Bible study.

PreviousRevelation 14-16, This is the End
NextApproximate Order of Israel Messages