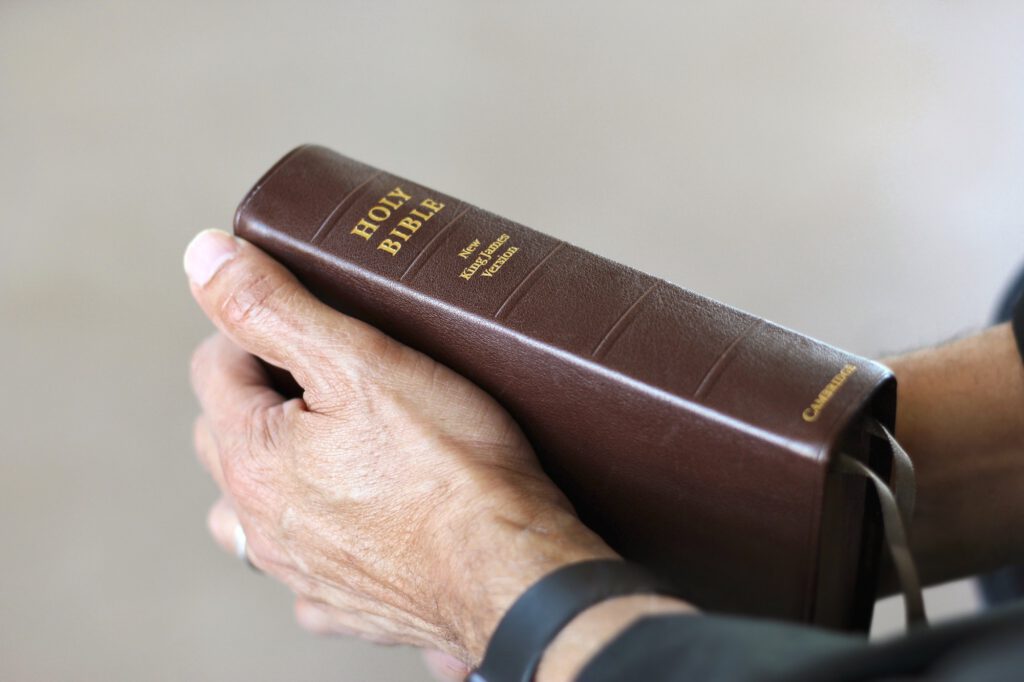 God’s love compelled Him to make the greatest deal ever made to all the people who would believe in Jesus Christ as their Savior and Lord. God’s offer to us is that God the Son would enter the world by taking on flesh and blood (the incarnation), and then He would live a perfect sinless life and die as a sacrifice for our sins so we might be forgiven. We received the atonement for our sins as if they never happened, and Christ received persecution, suffering, and death. The penalty of our sins was borne by Christ so that we who believed would be saved. He traded His life for ours. What we could not do for ourselves (salvation), He did for us. Our part of the bargain is to believe in Christ and believe in what He did for us, so as to commit our lives to Him. Before I believed in Christ I was motivated purely by personal worldly concerns, but after I believed my motivation was driven by Christ’s love for me, the directing of the Holy Spirit, and the expectation of accountability and reward in heaven. It is mind blowing to me that God would love a dummy like me so much that He would leave His perfect glorious existence in heaven with all its reverence and worship for Him and prerogatives that God deserves, in order to come into this cess pool of a world to suffer and die on a cross for the likes of me. Since our need is so great, God has also indwelt all believers with His Spirit in order to teach, guide, and convict them. In 2 Cor. 5:10, we learned that at the Bema Seat Judgment Jesus will review all our lives since we accepted Christ as Savior in order to give account of our service or lack thereof, and then dole out rewards. We should all have a certain fear of loss and strive to hear the words “Good and Faithful Servant”.

Christ’s Love for Us Should Control Us

In 2 Cor.5:14, Paul said that he is moved by the love of Christ, meaning Christ’s love for us. Paul has concluded that Jesus died physically for all of us out of love, so that our reaction should be that we die to ourselves. He means that “I have been crucified with Christ and it is no longer I who live but Christ lives in me, and the life I live in the flesh I live by faith in the Son of God who loved me and delivered Himself up for me” (Gal.2:20). Since Christ died for all of us, we should no longer live for ourselves, but from this point on we should live for Christ. Since we are new spiritual people living for Christ, we don’t look at each other just by physical appearance, but what is important is what they are spiritually—we have a new system of evaluation. Any person who has a saving relationship with Jesus Christ is now a new spiritual person. The old worldly selfish person is in the past, and new spiritual things are ahead. We are considered by God to be “in Christ”, meaning we have entered into the most intimate union possible.

Whether you believe Adam and Eve were historical or not, you can’t miss the meaning of their rebellion and fall representing the entire human race. As Romans 3:23 says, “For all have sinned and fall short of the glory of God”. Because the perfectly holy righteous God cannot have fellowship with sinners, there is a chasm of sin that separates us from God, and we are alienated from God. Yet solely out of love God has done what is necessary to reconcile us to Himself by sending His Son to die as a perfect substitute for us. Since Christ has atoned for our sin, we can be reconciled by receiving our pardon by faith. The work done for our reconciliation is purely done by God. “All these things are from God”, means that God is the source of the messenger, the ministry, and the message of reconciliation. The ministry of reconciliation is not telling people to make peace with God, but telling people that God has made peace with the world. Since God has accomplished it, He has blessed us by giving us an all-important stewardship—“the word of reconciliation”. God has made it our responsibility and privilege to take the Gospel to the world.

Question—Can you be reconciled on your own terms? Can you accomplish it any old way? The way the human race lives you would think so, but no– God alone has initiated and accomplished the way of reconciliation. It is not about what man does, but it’s about what man receives from God.

Paul uses the ancient office of the ambassador of Rome as an analogy to describe our ministry entrusted to us by God. An ambassador brings a message from the highest authority, so he did not speak on his own initiative, but the message was from God. Paul represented God. Part of his new identity in Christ was to be an ambassador for Christ delivering the message of the Gospel. We also have a new identity as ambassadors for Christ.

2000 years ago most people had only one name, but to distinguish among people, surnames were added. The surnames were based on a man’s occupation like John Cook or Miller or Smith; or his parentage like John’s son or Will’s son, or characteristics like Short or Longfellow. These names gave you an identity. In the same way, we now who are in Christ have a new identity as ambassadors representing Jesus Christ to the world. God is literally using us to entreat (beg) people to be reconciled to Him through Christ, and that is our identity.

2 Corinthians 5:21, The Greatest Deal Ever Made

God the Father initiated the plan to send God the Son into the world with flesh and blood (the incarnation). Only God could come up with the atonement for our sin that would bring about justice, and appease His wrath against sin at the same time. Only God could figure out how both His unconditional love and His absolute need for justice could be worked out through one act on the cross. God’s plan is so foreign to human beings that it seems foolish to them. No other religion has God Himself atoning for sin. All the other world religions teach that man can reconcile himself to God by man’s own efforts, but a close inspection of the human race will yield indisputable empirical evidence that they cannot. I once challenged an audience to name one perfect person who deserved salvation by their own merits. Someone said “Mother Theresa”, which was great because I had read her own book in which she made it clear that she was a sinner who could only be saved by the blood of Christ. Verse 21 says that Jesus was sinless and thus the perfect substitute for our sin. We needed a human being as a substitute to die for our sins and it had to be a perfect sinless person to qualify. That narrows the field to one, Jesus. Verse 21 says in italics God made Him to be sin on our behalf. The original Greek actually means God made Jesus the object of His wrath against sin. It can’t mean that Christ became a sinner because there are a wealth of clear passages that establish Christ as sinless. Therefore God the Father treated Him as if He were a sinner by imputing to His account all of our sins.

Biblical Illustration of Imputing Sin to an Innocent Substitute—Philemon

When the Apostle Paul was in prison in Rome, he wrote a letter to his friend in Colossae named Philemon. We have a copy of this letter in our New Testament whose title is PHILEMON. The letter is concerning a bondslave named Onesimus who stole from his master Philemon and then fled to Rome. If caught, these crimes would mean Onesimus could be executed. By the providence of God, Onesimus met Paul and was converted to Christ. Paul wrote the letter to encourage Philemon to forgive Onesimus and receive him home. In the letter Paul wrote “Receive him as you would receive me…if he owes you, put that on my account, impute it to me”. Paul was willing to pay the bill that Onesimus couldn’t pay so that Onesimus could be reconciled to his boss Philemon. Therefore Philemon was a letter of reconciliation and peace through the imputation of the sins of Onesimus onto Paul. In the same way, God credits our sin to Jesus’ account, and God credits His righteousness to our account. This truly is the greatest deal ever made, so who in their right mind could pass it up?