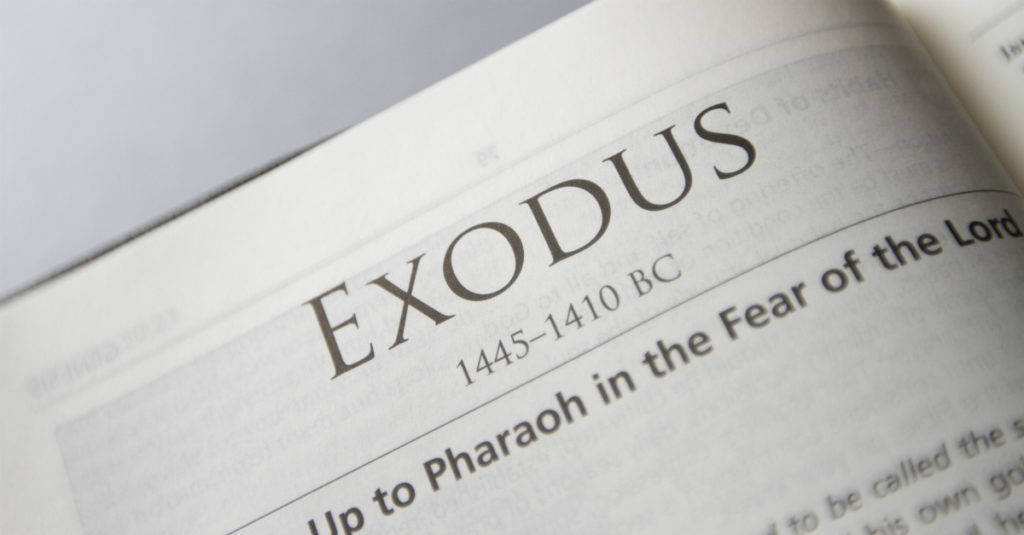 Red Sea Rule #2: The Glory of God—the Meaning of Life

The Glory of God—the Meaning of Life

In 1642, the English Parliament led by Oliver Cromwell and the Puritans in England started a civil war against the royalists and King Charles. The Parliament forces won and began putting a coalition of Protestant groups together to agree on Christian doctrine. King Charles claimed to be an Anglican, but his wife was a devout Catholic, and Charles was trying to set the Church of England up like the Roman Catholic Church. Oliver Cromwell’s army defeated the royalists and executed King Charles. Parliament called for the learned, godly, and judicious Christian leaders to meet at Westminster Abbey to design a written belief system based on issues like worship, doctrine, administration, and ordinances. Their meetings over a four year period produced a valuable profession of faith in what Christians believe in. It is called the Westminster Confession of Faith. Included was a catechism in which questions were asked like: What is the purpose of man? The answer is “Mankind’s chief end is to glorify God and to enjoy Him forever”. The rest of the story was that the Scottish Parliament formed a covenant with the English Parliament to abandon episcopalianism and adhere to the principles in the Westminster Confession. Years later England returned to a constitutional monarchy and the Anglican Church, but the Westminster Confession of Faith has remained a valuable doctrine of biblical beliefs for all of Christianity.

A Christians Purpose in Life

A Christian’s purpose in life is to glorify God, just as the Westminster confession says. This is why we were created. The Apostle Paul makes this clear in 1 Cor. 10:31, “Whatever you do, do it all for the glory of God”, and again Peter says in 1 Peter 4:11, “whoever serves as one who serves by the strength that God supplies—in order that in everything God may be glorified through Jesus Christ. To Him belong glory and dominion forever and ever”. In Ephesians 1, Paul lists all the many blessings God has lavished upon we who believe, and after every one he writes “to the praise of His glory”, meaning everything God did to save us and bless us resulted in bringing glory to God. Therefore, wherever you are, at home, at work, with your friends or with strangers, and what ever you are doing—do it well and make God look good. God’s original purpose in creation is to reveal His glory. In Isaiah 43:7 we read, “Bring…everyone who is called by my name whom I created for my glory, whom I formed and made”. “In Isaiah 6:3, the angels call out, “Holy, holy, holy is the Lord of hosts, the whole earth is full of His glory!” We are a part of that glory, and we live to reveal it. God has implanted His glory in us, and it should radiate to the world around us. In the Sermon on the Mount Jesus told His disciples that they had the glory of God in them and He said, “In the same way, let your light shine before others, so that they may see your good works and give glory to your Father who is in heaven.” (Matt.5:16) The Psalmist in Ps. 86:12 makes it his purpose, “I will praise you Oh my Lord with all my heart, I will glorify your name forever.”

The creation account in Genesis 1:26-31, is telling us that God created us in His image in order that He and we could enjoy a loving intimate relationship in which we would serve Him and glorify Him. He made us for His glory, therefore He created us in His image. Then he gave us a special job to do to rule over God’s creation in such a way that would glorify God. We are to reflect God’s glory to the world, bear His image, and reveal the truth about God to the watching world.

The Meaning Of Life

I wondered what the people in the world around us considered the meaning and purpose of life, so I consulted the internet: Hugh Moorhead, of the Philosophy Department of Northwestern University said, “No one seems to know”, Psychoanalyst and author Carl Jung wrote, “I don’t know the meaning or purpose of life, but life looks like something were meant by it”, and novelist Joseph Heller said, “I have no answers and no longer want to search for any.” Aristotle said “happiness is the meaning of life”. The Dalai Lama said “The purpose of life is to be happy and content”. Woody Allen said, “The purpose is to not think about that stuff”. Joseph Campbell a comparative religion scholar said, “Life has no meaning”. Another “learned” guy said “If you figure that out let me know!” These worldly wise people haven’t a clue because they are looking only within this world for answers. Thankfully, the meaning and purpose of life is not a mystery for the Christian. We look in God’s Word for the answers to heavenly questions. God is the Creator of all things, and God created us and gave us meaning and purpose. God has created us for His glory, and in our salvation His mercy and grace are magnified. Our purpose is to have a personal relationship with the living God, and to serve Him and glorify Him. The Apostle Paul said in 2 Cor.5:9 that whether we are still alive in this world or have passed over into heaven our goal is to please God—make Him look good! Therefore the Westminster Confession is correct, “Man’s chief end is to glorify God, and to enjoy Him forever”.

Red Sea Rule # 2, Be More Concerned for God’s Glory Than Your Relief

In Robert Morgan’s book THE RED SEA RULES, he opens with a quote from C. H. Mackintosh, “If we could only look upon a difficult crisis as an occasion of bringing out, on our behalf the sufficiency of divine grace, it would enable us to preserve the balance of our souls and to glorify God, even in the deepest waters.” That’s a fancy way to say, “Instead of trying to get out of my problem, how can I try to glorify God in the midst of the problem?” Surely in Exodus 14, Moses realized that God had delivered them from the Egyptian army in such a way that all the glory goes to God. No Hebrew could say they out fought the Egyptians or out smarted them. All honor and credit went to the Lord. God deliberately delivered them in such a way that everyone would know that there was only one true God—the God of Israel. Jesus definitely had God’s glory in mind throughout His ministry. The prevailing teaching in Israel during the time of Christ was that if you sinned, bad things happened, but if you were righteous good things happened. Therefore the Pharisees who were typically rich and healthy, claimed to be righteous, and they looked down on the poor and unfortunate. We see this in John 9 when Jesus is asked about the blind man, “Who sinned, this man or his parents that he was born blind?” Jesus shocked them by replying “I was neither that this man sinned, nor his parents, but it was in order that the works of God might be displayed in him”. Again in John 11, when His disciples were puzzled that Jesus delayed in going to help Lazarus, Jesus said “Lazarus is dead, and I am glad for our sakes that I was not there so that you may believe.” Then right before He raised Lazarus from the dead He said “you will see the glory of God”. Jesus had a different perspective. He saw everything as an opportunity to glorify God.

Psalm 106 begins with a plea for the people to praise the Lord because He deserves it. We are needy people and God’s mercy, love, and grace are necessary for us to survive. Our praise is more than gratitude for we give God all the credit for our blessings and salvation. Some critics may ask, “Why does God need to be praised? Why does God need all the glory?” It escapes these fools notice that God doesn’t need it, but WE NEED GOD TO RECEIVE ALL THE GLORY. The world is in this mess because of their own fault. God doesn’t start wars, greedy ambitious violent people start wars. God is the only one who knows the way out of whatever mess we find ourselves in. We need for Him to be on His sovereign throne with all the power and glory. If we are depending on people or ourselves, we are SOL (simply out of luck). The only way things will end well is if God is in control and God receives all the glory. He deserves to be praised. Since God is so worthy to be praised, it is for our own well being that He be glorified. Nevertheless, in the Exodus as early as the Red Sea in Ex.14, they rebelled against God and began doubting and complaining. Even after all the other miracles God did to deliver Israel, when they saw the Egyptian army the people said, “Is it because there are no graves in Egypt that you have brought us out here to die?” They doubted and cursed Moses and God so early in their voyage that it is clear to us that they were undeserving sinners. In spite of this rebellion God saved them for His own purposes—Psalm 106:8, “Yet He saved them for His name’s sake that He might make His mighty power known”. God parted the Red Sea so the Israelis could walk across on dry ground. Then God caused the waters to come down upon the Egyptians to destroy them. I can’t find any credit due here to the people. It was to God’s credit and their shame. They needed God to get the glory, because without him they just deserved to perish in their sins. In the same way, when we find ourselves trapped in an unsolvable crisis, we need God to get the glory, and we will praise Him because He deserves it!