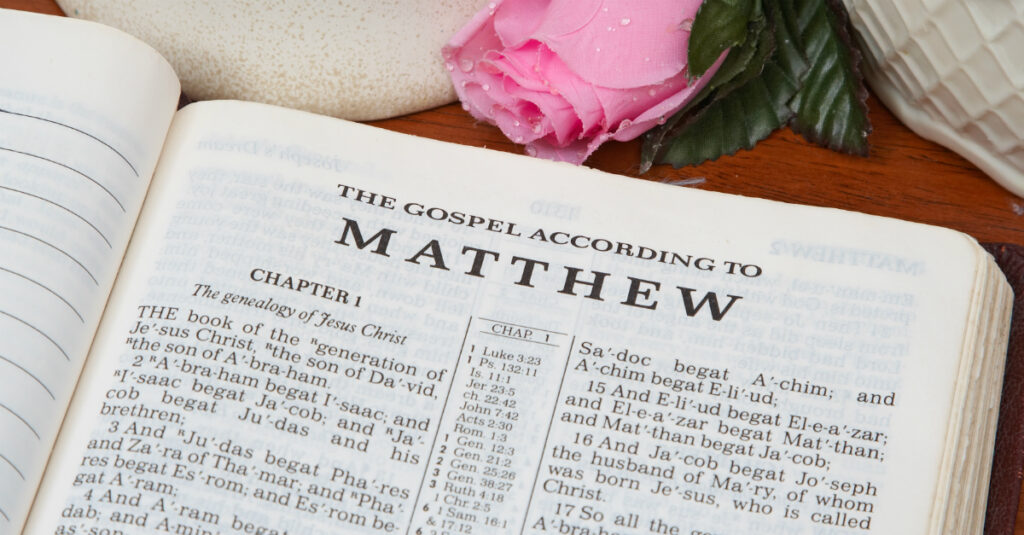 The most well known rule of proper interpretation of the Bible is to be sure to interpret a passage within its context. Many a passage can be used to justify actions or desires contrary to Bible teachings simply by taking them out of context. No passage, to my knowledge, is so commonly quoted out of context than Matthew 18:15-20. How many times in Sunday School or in a Bible study or in a prayer group have you heard someone pray, “Lord we know you are with us and will answer our prayer because you said where two or three are gathered in My name, there I am in their midst.” I have also heard repeatedly, “Lord we know you will heal brother Sam because you said whatever we shall bind on earth shall be bound in heaven, and if two of you on earth agree about anything they ask it shall be done for them.”

I believe these verses are taken out of context about 90% of the time. The fact is that the context of these passages is about Christian discipline. The body of believers is given the responsibility by Jesus to discipline its members who are involved in practicing sin. The motivation of this discipline is love for the sinner, and a desire to protect the church. The purpose is to expose sin, move the believer to repentance for his own good, and restore him to fellowship.

Yet another passage that people use out of context to negate church discipline is Matt.7:1, “judge not lest you be judged”. People would rather their sin be tolerated, and naturally believe that a person’s privacy is essentially to be protected, and each is responsible only to himself. While I am writing this I have to fight off the desire to believe that even though I know it is a lie of the world. No one wants to be held accountable, or to have their private weaknesses exposed, even though it is obviously for our own good. The Matt.7:1 context is the judgment of condemnation as the Pharisees were applying it to people even though they themselves were guilty of breaking the law as Jesus proved in chapter 5-6. There is a big difference between condemning someone out of spite, and admonishing them in hopes of restoration. Condemnation is out of malice while discipline is out of love. Who among us would not approach their child, and admonish him or her in order to straighten them out for their own good? Jesus began Matt.18 teaching about the childlikeness of believers. Jesus brought the little children to their attention, and declared that a person enters the kingdom by becoming like a little child (with childlike faith v.3-4). Then once in the kingdom they need to be protected and cared for like little children (v.5-14), and now in Matt.18:15-20, they must also be disciplined as children of God.

My New American Standard translates Matt.18:15, “if your brother sins go and reprove him in private”, but the King James Version and NIV version translate it “if your brother sins against you”. Which is correct? We will find out after the resurrection, but right now either one has the same meaning when you add the passage to the other N.T. passages about church discipline like 1 Corinthians 5, Galatians 6:1, and 2 Thessalonians 3:6. The Greek manuscript used back in 1611 to translate the King James Version added “against you”, but some of the reliable ancient manuscripts found since then do not have “against you”. The NIV uses “against you” because of Peter’s question in v.21 regarding forgiveness of those who sin against us. I personally like the NASV because it conforms better to all the other passages on this matter. It is not a personal situation in 1 Cor.5, Galatians 6:1, or 2 Thes.3:6, but just commands to respond to known objective sin. After all, most sin against you is going to be very hard to prove like slander, money owed, or many other “he said she said” type situations. Christian discipline is more suitable for sins like theft, adultery, or incest.

Moses set the precedent that no one could be convicted of wrongdoing without the confirmation of two or three additional witnesses. Jesus quoted Moses from Deuteronomy 19:15 in giving the proper procedure for approaching a brother in Christ who was practicing sin. In Matt.18:16, Jesus said, “By the mouth of two or three witnesses every fact may be confirmed”. Paul later wrote Timothy to “not receive an accusation against an elder except on the basis of two or three witnesses” (1 Tim.5:19). Jesus said to go first to the offender in private, but if he won’t listen to you, then take the 2 or 3 witnesses to him, but if he even refuses them, then take it to the whole church. This is the context of the misused “whatever you bind on earth shall be bound in heaven”, and then “if two of you agree on earth about anything that they may ask, it shall be done for them”, and most of all, “For where two or three have gathered in My name, I am there in their midst.” (Matt.18:18-20). In these passages, Jesus is giving the church the authority to discipline its members. When the church follows Christ’s pattern for discipline it is conforming to God’s will to expose sin and try, out of love, to restore the sinner. Therefore it is bound in heaven, it shall be confirmed in heaven, and it will be as if God is there doing it through the church.

Obviously, God is omnipresent so it would make no sense at all to say that God is only with believers when there are two or three gathered in His name. God is always with believers no matter how many are there, even if you are alone. God definitely hears your prayers when you are alone. Consider Jesus’ teaching in the Sermon on the Mount in Matt. 6:6, “when you pray, go into your inner room (alone), close the door and pray to your Father in secret”. There is no special treatment of prayer when there is two or more. Group prayer is a very good thing, but God is not obligated by numbers or any other special formula.

Jesus’ promises in Matt.18:18-20 have suffered some very serious misinterpretation over the last 2000 years, the most radical by the Roman Catholic Church that this gives the church the authority to forgive sin or decline to forgive sin. Charismatic and Pentecostal churches use this passage to claim that God will give us every blessing and material possession just by asking for it as a group. Jesus was not teaching that God’s power can be manipulated by man’s will, or that men can obligate God to do anything. Jesus was saying that if we are faithful to expose sin, and try to restore those involved out of love, then He will be with us in that endeavor. The idea is that when the church follows Christ’s command to discipline its members, it is conforming its actions to what God has already commanded and approved.

To assume that this passage gives believers some sort of blank check for anything it asks God for does not fit the context of the passage, and would be contradictory to the rest of Scripture.

“Where two or three have gathered”

It is superfluous to think that Christ is always present with two or three of His followers—of course He is, but He is just as present when you are alone or in a crowd. As a believer, you could be 500 miles from the nearest Christian, and still Jesus is there with you. The context is that the two or three witnesses are there in the process of discipline. As they carry out His divine will faithfully carrying out Jesus’ command, He is with them condoning their admonishment of the offender.

I can’t help but think that one reason this passage is so misused and taken out of context is that people want it to mean anything but church discipline. The idea of confronting someone’s sin is naturally distasteful, and we desire to avoid it. We never go looking for passages like this, but we are desperately searching for the “give me” passages. We have all desired to have a special formula to obligate God to heal our loved one or make us rich. In contrast to our natural desires, the love of God demands that He discipline those whom He loves. From time to time, we all need to be held accountable, it is for our own good, and we should praise God that He has called the church to discipline its own, and by the way, IF I KNOW YOU ARE WATCHING ME, I WILL BE A LOT LESS LIKELY TO SIN.
CHARLIE TAYLOR