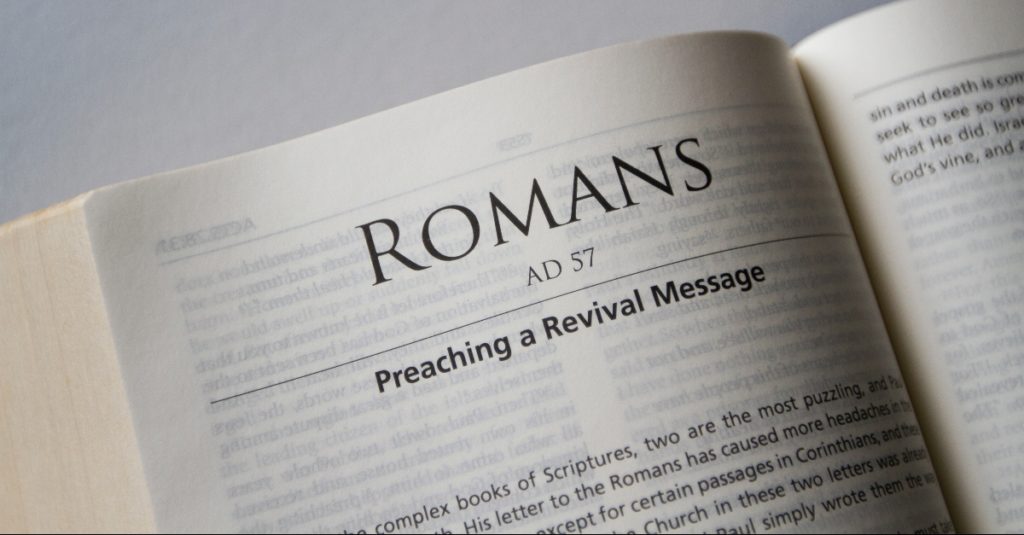 Romans 6—You Gotta Serve Somebody

Romans 6—You Gotta Serve Somebody

In Romans 5, Paul gave us a contrast of the acts of two men, Adam and Jesus. By the disobedience of Adam, sin came into the world and sin resulted in death. By the obedience of Jesus, the righteousness of God came to all who believe, which resulted in eternal life. Romans 5 ended by saying that God’s grace abounded (surpassed) over man’s sin. Sin can no longer run our life because God’s grace now is our ruler with the end result of eternal life through Jesus Christ our Lord. We have a new relationship in Christ that is not built on works or keeping the law. The critic would say it doesn’t make sense that our works don’t matter. They would ask the question of Romans 6:1, “are we to continue in sin that grace might increase?” Romans 6 answers that question and explains the logic of righteous living now based on our new relationship in Christ. Romans 6 tells us why we should live a good life, do good works, and keep the law. The key words will be “know”, “consider”, and “present”.

If Romans 3-5 is about our justification, Romans 6-8 is about our sanctification. The word sanctification comes from sanctity or sacred which means to be set apart as holy. It is a process of acquiring holiness or being conformed to the image of Christ. Now that we are saved, we begin progressively to grow and mature spiritually. It involves the volition of the believer to show up and work at it, but primarily it is the power of God working in the believer that produces the changes necessary for a godly character. The believer may sin, but now in Christ, the person is acting outside of his/her new character in Christ. When we sin we are not being true to our new identity in Christ. Sanctification is to be pursued by the believer, and it is made possible by the Holy Spirit. It is a practical, progressive holiness in a believer’s life while we await the return of Christ. Romans 6 lays out the logical principles for this change in character based on the fact that we are new people in Christ. The old person without Christ used to live primarily for himself, but the new spiritual person in Christ now should live for Christ.

The Westminster Catechism—How do justification and sanctification differ?

Answer: “God in justification imputed to us the righteousness of Christ, but in sanctification God’s Spirit infuses grace to live and subdue sin.”

Paul began Romans 6 with a question that he knows from experience his critics will ask, “Since we have been saved by grace, and that grace to overcome our sin, should we continue to sin in order to further reveal the grace of God, and thus glorify God?” His answer is very clear and demanding, “By no means (or may it never be)” That is illogical that we who have joined ourselves to the holy Christ, would live differently from Christ. In Romans 6:3-10 we need to remember what we “know” to be true. The emphasis in this passage is KNOWING that Jesus died to remove our sin, and He was raised from the dead so we could have newness of life. Since we are united with Christ based on His death for our sins, we are also united to Him in newness of spiritual life. We know that our position before God as the old sinful person has been changed, and God sees us as new spiritual people free from sin. Therefore we no longer should see ourselves as those old people who lived for themselves and were dominated by their sinful desires. Know that you are a new person in Christ who lives for Christ and like Christ. Know that the normal logical pattern for believers should be progressive spiritual growth resulting in ever greater sanctification.

The original Greek word in Romans 6:11 that we translate “consider” means to evaluate or calculate. It is an accounting term, which conveys the idea of putting it down in your books or records that these facts are true so that you might act upon them accordingly. Add up the facts that we know that are true laid out in verses 3-10 and then act on them accordingly. When are you sure that you will stop sinning? We know we will stop sinning when we are dead, therefore “consider yourselves to be dead to sin, but alive to God.” Our life is written in two volumes. Volume one was us without Christ, and that volume is ended. Volume two is us with Christ, so it has just begun.

Romans 6:12-14 is about putting our new status into action. Since our union with Christ is true, we should be stimulated to live for Him, but don’t think it is easy or automatic because old habits die hard. Action on our part is necessary. It takes determination of our will in synergy with the leading of the Holy Spirit. Therefore verse 13 says to withdraw, or no longer “present” your person to the activities and places of sin. Each of us has our own issues, bad habits, and recurring temptations that entice us, but Paul is saying “don’t go there”. Instead, place yourself at the disposal of, or in the service of your new master, Christ. Paul says the same thing in Romans 12:1, but uses the image of sacrificing your physical body by presenting it to God for spiritual service and good works. Part of this process involves renewing your mind by filling it with spiritual input and starving it of carnal sinful input (Rom.12:2).

In Romans 6 we see a repetition of the phrase that “we have died to sin”. What that DOES NOT mean is that sin is no longer a problem, or that temptations are not still there. Verse 11-14 make it clear we still have a difficult struggle ahead. What it does mean is that we have a point of contact with Christ’s death, and it is an image of a decisive shift in our state of living. Spiritually, it is a transfer from death to life. We should no longer be dominated by our physical desires. Jesus ascended to heaven, but He did not leave us alone. He sent His Spirit to convict us, lead us, guide us, teach us, and even discipline us. Grace has triumphed over the power of sin even now in this life and in this world.