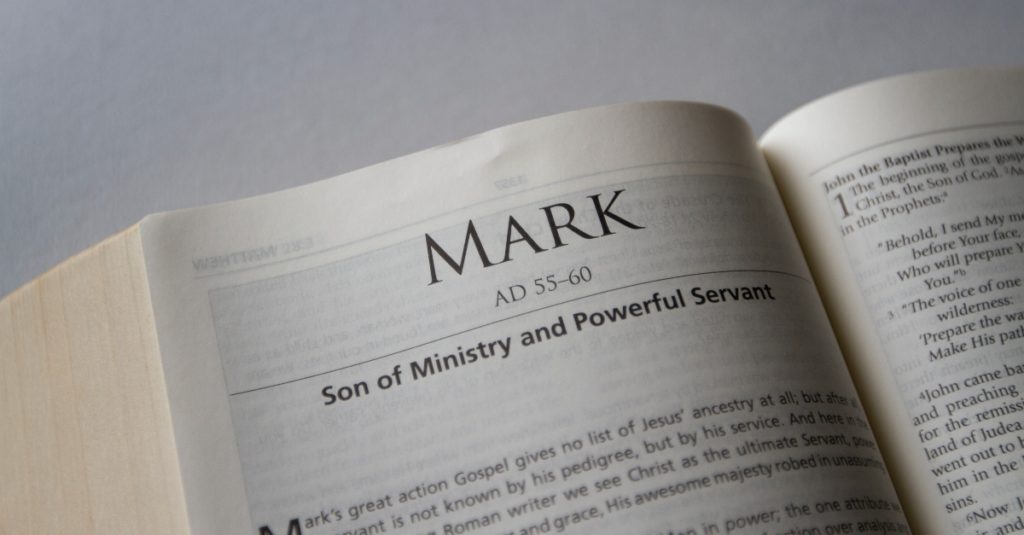 The Gospel of Mark was written between 58 and 63 AD to the Christians in Rome.  The audience is primarily Gentiles because there are very few Old Testament quotations and Aramaic expressions are translated into Greek, and some Latin terms are used, also Mark used the Roman method of reckoning time.  The church in Rome was facing hard times in the early sixties when Mark wrote this letter to them, and the eyewitnesses to Jesus would all soon be martyred.  Therefore, Mark wrote a record of Peter’s eyewitness account of the life and ministry of Jesus Christ.

Jesus had begun His active ministry after the age of 30 primarily in the area on the northwest side of the Sea of Galilee in and around Capernaum.  After He had amazed everyone with His authoritative teaching of the Word of God, He proved He had the power of God by doing many impressive miracles.  In Mark 2:13, Jesus began a practice of calling and appealing to known sinners, as well as contradicting the traditions of the religious leaders by “working” on the Sabbath.  These two practices greatly offended the religious leaders, and together with Christ’s rebukes of their unbelief, caused them to conspire against Jesus.

Jesus did everything that should be expected of the promised Messiah.  He fulfilled the O.T. prophecies, He taught with great authority, and He did the signs and wonders that only God can do.  Nevertheless, the religious establishment was not believing in Him, and we find that even His own brothers and sisters were not believing in Him (John 7:5).  Therefore Jesus explained to His disciples the importance of His spiritual family, and He began teaching in parables that unbelievers didn’t understand.

Although Jesus did a great many miracles, the four Gospels record about 35 for our study.  Although we naturally think Jesus did miracles out of people’s need and His compassion, the primary purpose seems to be a teaching tool for His disciples and a revelation about who He is.  In the miracle recorded in Mark 4:35-41, the disciples were obeying and following Jesus when they found themselves in a great deal of trouble.  The early church saw this story as a sign of the presence of Jesus in the midst of the trouble that was threatening to overwhelm the church.  The storms of life are meant to reveal something new about Jesus.

Jesus had just healed the Gerasene demoniac, and now He returned to the west side of the Sea of Galilee, and was met by a crowd expecting more miracles.  An important synagogue official begged Him to heal his daughter who was laying in his house and near death.  As He made His way through the crowd to get to the man’s house, a poor woman suffering from a hemorrhage came up to touch Jesus.  According to Leviticus 15, the bleeding made her ceremonially unclean and an outcast.  Now that all other hope was lost, she turned to Jesus for help.

After Jesus was kicked out of His hometown of Nazareth, He continued to travel to all the other villages in the area of Galilee teaching the gospel.  In Mark 6:7-13, He multiplied His ministry by sending the twelve disciples out in pairs.  In Mark 6:14-29, the author pivoted to the demise of John the Baptist at the hands of Herod Antipas, and then Mark recorded a series of well known miracles that Jesus did that proved who Jesus is.

In Mark 8:27, Jesus and His disciples were as far north in Israel as they could go, and as far away from Jerusalem as He ever got. At this late point in His ministry, Jesus began teaching that He must journey to Jerusalem to be falsely accused, arrested, crucified, and resurrected. Therefore, it was all the more important that Jesus’ identity and purpose be understood by His disciples.

As Jesus continued toward Jerusalem, He continued to teach His disciples about His upcoming crucifixion and resurrection, but Mark writes that “they did not understand this statement” (9:32). Instead, they were more interested in Jesus setting up the kingdom of God, and who would be the most important of them in the kingdom (9:34). As they ascended up to Jerusalem (10:32), Jesus again taught them about His crucifixion adding more details of how He would be mocked, spit on, and scourged (10:34); yet still James and John could only selfishly request that they sit at His right and left in the kingdom (10:35-38).

Jesus and His disciples had come to Jerusalem for the Passover and Unleavened Bread feasts as they did every year.  The difference in Mark 14-15 was that this wouild be their last Passover with Jesus until they celebrate it in the kingdom of God.  Jesus gave instructions to His disciples to procure the meal in a large upper room in which they would all meet for the last time before His arrest.

Lesson 9:  Spring 12 Lesson 9 ;  The Final Four-objections to the resurrection