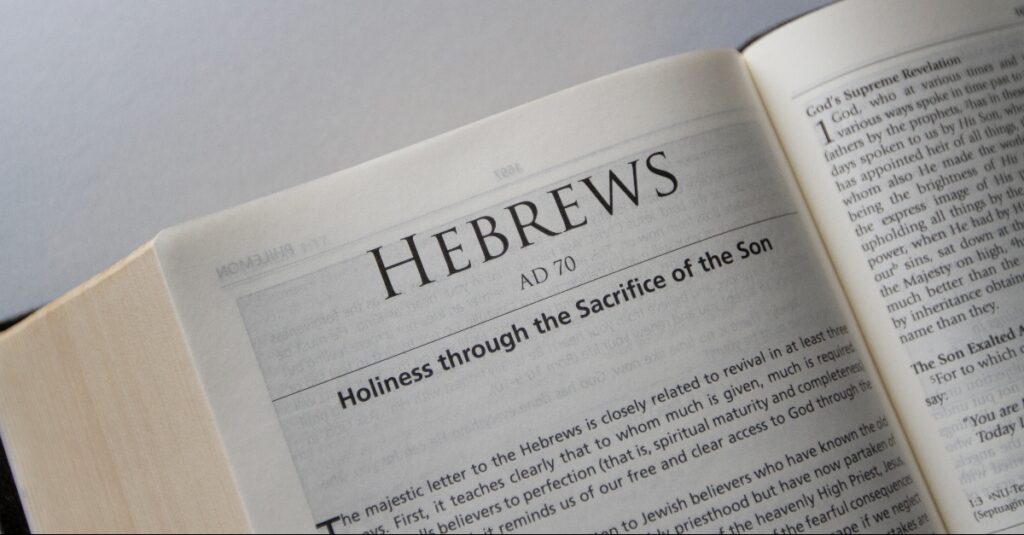 Hebrews 3-4-Entering Into the REST

Hebrews 3-4, Entering Into the REST

In Hebrews 3:6, we read “Christ was faithful as a Son over His house whose house we are, IF we hold fast our confidence and the boast of our hope firm until the end.” Christ did His part, He was faithful as God’s Son in obedience to God’s will. He fulfilled God’s will in the incarnation, sinless life, as a substitute for our sin, and through the crucifixion. He fulfilled all the Old Testament prophecy about the Messiah, He resisted temptation and suffered terribly. We who truly believe in Him as our Savior are in His house, or family as the author used the New Testament metaphor of God’s building for the church as God’s family. Nevertheless, the author feared that some of his audience might not be true believers. The proof of genuine faith would be to hold fast until the end. This brings to mind the parable of the soils that Jesus told in Matthew 13. The second soil represented people who heard the Gospel and initially appeared to believe, but as soon as trouble arose and life got in the way, they fell away. Since this letter is written to the early Jews who had believed in Christ, some may have fallen away when great persecution arose. The Apostle John wrote of a similar experience in 1 John 2:19, “They went out from us, but they were not really of us, for if they had been of us, they would have remained with us”. To anyone who professes Christ intellectually, but has never really committed themselves, this passage is a strong warning. They are like people in a burning building or a sinking ship. The firemen are yelling jump, or the ship’s crew is yelling man the lifeboats, but they hesitate, they wait, or they go back for their possessions. Maybe they look for another way out, or maybe they think I have plenty of time. In order to enforce the warning, the author uses a familiar Old Testament story to his Jewish audience—the illustration of Israel in the wilderness of Numbers 13-14.

In Heb.3:1-5, the author had made it clear that Jesus is far superior to Moses. Moses was appointed by God, and he was a very faithful man, but Christ as the Son of God is far superior to Moses. This was an important point to make to his Jewish audience since they had grown up in a law-based religion centered around the law Moses gave at Mt. Sinai. In v.7-19, the author contrasts the responses of the two different audiences of Moses and Jesus’ followers. The people of Israel in the wilderness following Moses failed to enter the Promised Land because of their lack of faith. Therefore the author encourages the followers of Christ to not make the same type of mistakes. The author makes it clear that God revealed the truth to them during Moses’ day by quoting Psalm 95:7-11. The people failed to act in faith beginning at Meribah in Exodus 17 where they “quarreled with Moses” and they “grumbled” about everything. The place was named Meribah because in Hebrew it means griping. They even asked, “Is the Lord with us or not?” What a ridiculous question to ask after they had seen the ten miracles God did in Egypt forcing Pharaoh to let them go, and then witnessed the parting of the Red Sea. The climax of unbelief was at Kadesh Barnea in Numbers 13-14. They had been through a lot, and had walked out of Egypt, through the wilderness, and all the way to the southeastern boundary of the Promised Land where they could find the rest that God promised to give them. Nevertheless, at Kadesh Barnea the people refused to go into the Promised Land and demanded a new leader who would take them back to Egypt. Ten of the 12 spies who scoped out the land reported that the Canaanites were too populous and too big to defeat. Therefore, God’s judgment fell upon them that everyone 20 years old and older would have to wander in the wilderness for 40 years. They would not experience the “rest” of the Promised Land because of their unbelief! Israel’s unbelief was a type of the unbelief that the author feared some of the Hebrews might have. He was saying to his contemporary audience, “Have you heard the Gospel? Do you have more than enough evidence to believe it? Then don’t blow it like Israel did when they failed to obey God to go into the land.”

The author now addresses his audience as “brethren”, which may just be a reference to their shared ancestry as Jewish. Those who have received salvation and are “partakers of a heavenly calling” in Heb.3:1 are called “holy brethren”. The warning in v.12 is to those who claim to believe in Christ, but actually might have an “unbelieving heart”, which will cause them to fall away when things get tough. They heard the truth from eyewitnesses and professed with their lips, but the true test is in their heart. Paul made a similar admonition to the Corinthians in 2 Cor.13:5, “examine yourselves to see if you are in the faith”. The antidote to falling away for the church is to “encourage one another day by day” so that no one will fall away. The danger is that people can so easily be “hardened by the deceitfulness of sin”. All of us are continually tempted by our desires for stuff, sex, and the lure of pleasures. The greatest proof that we are “partakers of Christ” is that we hold fast to the truth. Our continuance of faithful obedience in difficult times is proof that we truly believe. In Hebrews 3:15-19, the author makes his point by asking a series of questions about who failed to go into the land in Numbers 13-14, and the answer to each question is unbelievers.

In this section the author expresses an urgency about responding to the Word of God. If anyone is hesitating in committing fully to Christ, the time is now while you still have the chance! Don’t be like Israel who had all the truth and evidence but refused to commit and go into the new land. Unbelief forfeits the rest God promises, and all who reject will be wandering in the wilderness like Israel did never finding peace with God. Even God completed a great work in the creation, and He rested on the seventh day because His will had been done. What events God determined to be, He finished, but Israel would not obey so as to go into the land so that unbelieving generation never rested. Yet, for the minority who did believe (Caleb and Joshua) God’s promise of rest was realized. Even now the author writes that God’s promise of rest is still available—“therefore it remains for some to enter it”, and “Today if you hear His voice do not harden your hearts”. In Hebrews 4:6-9, the author speaks of a future “rest” still to come, meaning heaven. There was a certain kind of temporal rest for Israel after the Exodus, but there still remains an eternal rest in heaven for those who hear and believe the Word of God. God’s offer of eternal rest is future, and will be the day when we all cease our struggles in this world and enter the true rest of God, which is spiritual and eternal. There is definitely an urgency to believing God’s Word, which is the good news of Jesus Christ dying for our sin. There will be a time when it will be too late, so secure it now. Hebrews 4:11 encourages all who have not fully committed to do it now, and don’t think you can fool God just by saying you believe. At the end of His great Sermon on the Mount in Matthew 7:13-23, Jesus said that the way of salvation is narrow and exclusive. Many who claim to believe will be proven to be false as Jesus said, “Not everyone who says to Me Lord, Lord will enter the kingdom of heaven…I will declare to them ‘I never knew you, depart from Me”. You can fool people, but you cannot fool God because He can look deep into your heart and know your thoughts and intentions.

There is an urgency in the author’s appeal of v.11, since the need is urgent. The opportunity is available now, but who knows for how long. “Let us therefore strive to enter that rest”, adds to what he said in v.7, “Today if you hear His voice, do not harden your hearts”. If you hear God’s Word, the Gospel of Jesus Christ, don’t delay because you never know how soon it will be too late. The Word of the Lord is a dynamic force that carries God’s truth. The Word of God has the ability to change lives, and transform hearts. Therefore, the Word surpasses any external man made religion. Verse 12 says “the Word of God is living and active”, meaning it has life in its message and it causes things to happen. The Word reveals, it convicts, and it has energizing power. The truth from God can pierce down through our hard exterior into the heart to see if belief is real or not. The objective written Word of God can do what no human judge can do, which is to judge the thoughts, intentions, and motives of a person. I think the phrase “sharper than any two edged sword” may mean that it cuts both ways. The Word of God was a blessed promise to Caleb and Joshua, but a judgment against the disobedience of the others at Kadesh Barnea. On judgment day, the Word will penetrate and lay bare what a person really is, and hypocrisy and insincerity will be revealed. Everyone will be transparent, and what is inside a person will be out in the open. Disguises and facades will be torn off, and everyone will be stark naked before God. The Word of God is alive to believers to change our lives and help us grow spiritually, but also it is alive to condemn unbelief. This concept of God judging the inner man as to his thoughts, intentions, and motives is unworldly and unlike any other religion. God cares about who you are inside as much as what you do outside. Man’s words may be insincere, lifeless and without meaning, but the Spirit of God is never absent from His Word. In John 6:63, Jesus said, “The Words that I have spoken to you are spirit and they are life”, and My words are a discerner of the purposes of the heart (my paraphrase).