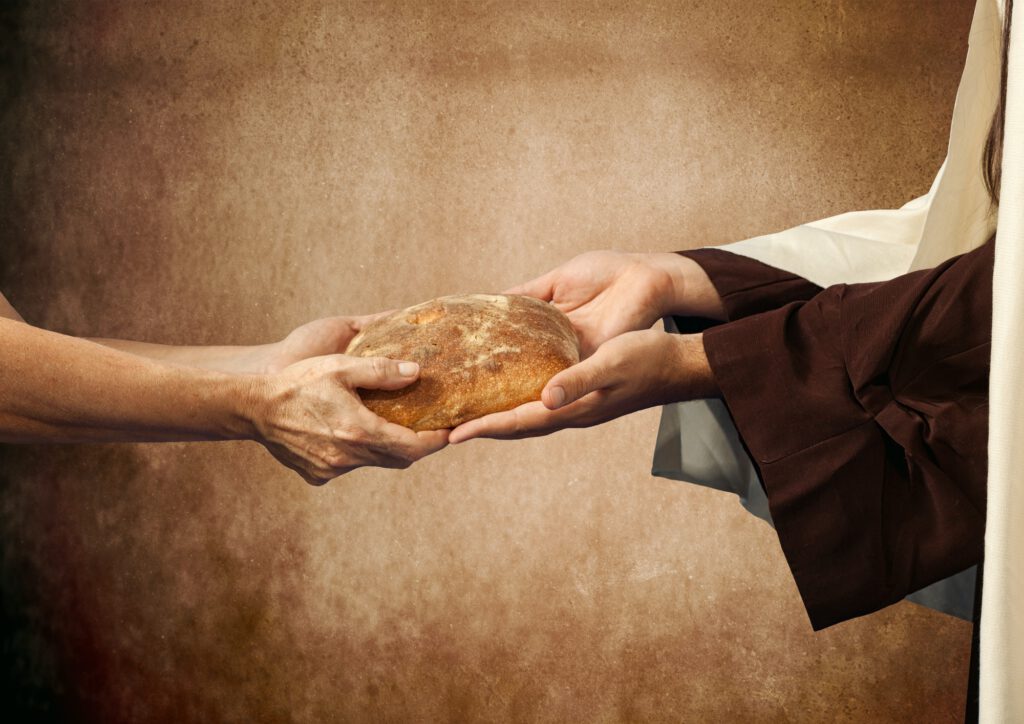 Historically, ambition was usually characterized in a negative light. Julius Caesar had the great unbridled ambition to be the first Emperor of Rome, so his best friends murdered him. They feared his ambition would be the downfall of the Roman Empire. The Puritan Preacher of the House of Commons in England in 1648, Thomas Brooks famously said, “Ambition is a secret poison, a hidden plague, the engineer of deceit, the mother of hypocrisy, the parent of envy, the origin of vices, the moth of holiness, the blinder of hearts, turning medicines into maladies and remedies into diseases”. Scandals like Watergate prove that blind ambition causes people to do unthinkable acts and tell boldfaced lies. Good men will actually violate their own convictions and risk their reputations because of blind ambition. In fact, Watergate conspirator and Nixon lawyer John Dean wrote a book entitled BLIND AMBITION about the Watergate scandal detailing why good patriotic men who heretofore served their country well, became embroiled in such heinous scandal. Webster’s Dictionary defines ambition as “a strong desire to achieve or acquire fame, power, or money”. The prophet Jeremiah warned Israel in Jer. 45:5, “But you, are you seeking great things for yourself? Do not seek them!”

Nevertheless, the Apostle Paul, in 2 Corinthians 5:9 makes the statement that he is definitely ambitious, but his ambition is a noble ambition as opposed to a selfish ambition. Paul’s ambition has the goal we were created to fulfill, which was “to be pleasing to God”, to make God look good, and to do God’s will, and give God all the glory. The contrast then is between NOBLE AMBITION and selfish ambition. Noble ambition is a godly ambition to “walk in a way worthy of the Lord, to please Him in all respects (Col.1:10)”, and “whatever you do in word or deed do all in the name of the Lord Jesus (Col.3:17)”, and “not one of us lives for himself, if we live we live for the Lord (Romans 14:7-8)”. The Greek word in our text of 2 Cor. 5:9 translated “ambition” actually is a compound word combining the word for love with the word for ambition, making it clear that Paul’s ambition was motivated by love for the Lord. Paul also used the phrase in 2 Cor.5:9, “whether at home in the body or absent” to say that his ambition was to please God here on earth or more perfectly in heaven. Since our sins are forgiven by the atoning work of Christ on the cross, many believers in Christ are surprised to hear that there will be a judgment upon Christians based upon the works they did after they became Christians. You could say that this judgment will be about whether we had selfish ambition or NOBLE AMBITION.

In the ruins of ancient Corinth that we can visit today, you can actually see a raised platform in the center of what was the marketplace in 57 AD. When Paul was arrested in Corinth in Acts 18:12, he was taken to see the proconsul or governor of the territory of Achaia who sat on a judgment seat on that raised platform, and it was called the “Bema Seat”. The governor heard the charges against Paul, declared him innocent and drove his accusers away from the Bema Seat. This judgment seat in Corinth was also used to hand out rewards at the Corinthian games held there, as well as the Olympic games often held there. The Greek games originally began as religious festivals in which the entertainment was races, wrestling, and other tests of skill and strength. The awards handed out to the winners were laurel wreaths called crowns. Therefore from that judgment seat (the Bema), everything handed out was a positive reward for how they ran the race. The Judgment Seat of Christ mentioned in 2 Cor.5:10, is like the judgment of those athletes at the Greek games. In fact the New Testament authors, and in this case Paul, likened the Christian life to an athletic contest or to running a race, at the end of which rewards or crowns would be given out to those who run well. The rewarding “crowns” were called “stephanos” in Greek, which was opposed to a different Greek word (diadem) for a King’s crown. Throughout the New Testament the authors liken the rewards at the judgment seat of Christ given to believers as “stephanos” (1 Peter 5:4, James 1:12, 2 Timothy 4:8). These crowns are images of honors given for a life lived in service for Christ. In the New Testament, I can locate at least four different rewards that are called “crowns”. First in 1 Cor.9:24-25, the crown of righteousness given for service and finishing well with morally pure lives. Secondly, in 1 Thes.2:19 the crown of exultation will be given to evangelists, missionaries, and anyone who leads people to Christ. Next in James 1:12, we read “Blessed is the person who perseveres under trial for once he has been approved he will receive the crown of life. These are believers who are a good witness as they joyfully endure trials. Fourthly, the “crown of glory” will be given to servant leaders like elders, deacons, ministers. Also there are numerous commendations for the general categories of giving, good deeds, feeding the poor, housing the homeless, caring for the sick, encouraging, etc.

In 2 Cor.5:10, Paul says that we must all (believers) appear before the judgment seat of Christ (the Bema). Each one of us will be recompensed for how we served Christ in this life. This judgment is not to be confused with the “Great White Throne Judgment” that all unbelievers will have to stand before, and give account of their lives (Rev.20:11-15). Jesus told a parable in Matt.25:31-46 that illustrates these two different judgments. In this parable, when Jesus comes back He will separate the “sheep from the goats”, and the sheep will go into the Kingdom of God, but the goats into punishment. The judgment of the sheep, or believers, is strictly a positive one, but in 2 Cor.5:10-11 Paul adds a certain fear of loss that even believers may have at the Bema. Even though all our sins are forgiven, there may still be a sense of loss if our lives don’t measure up. The “fear of God” spoken of here by Paul is a deep reverence and respect for God that gives Paul fear that he might not represent Christ well. Imagine standing before Almighty God so holy, so morally superior that all human pride would vanish as we stand speechless in humility before the One true God and give account of ourselves. Now in these bodies we all have great opportunity to serve and glorify God, so if we fail to do these good deeds it will be bad and we will suffer loss. The best passage to explain this is 1 Corinthians 3:10-15 where Paul likens our good deeds to building material that is built on the foundation of Christ. The Bema Seat judgment for Christians then will be like a fire that tests the quality of each person’s works. If a man builds on the foundation with gold, silver and precious stones (all images for good works), then he will receive rewards (1 Cor.3:14). But if he built with “wood, hay, and straw” his works would be burned up and he would “suffer loss but he himself shall be saved, yet so as through fire” (1 Cor.3:15). This means that the judgment for believers will test the quality of the supposed good works that everyone does after they become Christians, and if the good works are judged as being unselfish and for the glory of God then they will be rewarded; but if they fail the test they suffer loss but are still saved. All Christians will be judged with scrutiny as both our works and OUR HEARTS are evaluated to determine NOT our destiny but to evaluate our works for the giving of “crowns”.

Judgment of Christians Whose Sins Are Forgiven

The Bible says we will all be judged. When we think about judgment we can’t help but think about worldly justice and worldly courts, which are somewhat arbitrary, slanted, and provide relative justice at best. When you think of trials like O. J. Simpson, Cullen Davis, Dennis Kozlowski, and many others–you have to wonder if there is any justice. Nevertheless, we know the judgment of God against sin will be absolutely fair and righteous, but also His judgment of believers will be true, transparent, and gracious. At the Bema Seat Judgment we are going to see ourselves and Christians as they really are—as God sees them, not just their actions but also their thoughts, motivations, and intentions. For Christians, the main issue will be stewardship—what we did with what God gave us, and equally important the purity of motives will be judged. Then we will see people as they really are—no more image management, no more self promotion, no more fooling anyone. The real you will be on display, and you will see yourself through God’s eyes—no wonder Paul had the fear of God in him.

These are the two passages that Paul mentions that explained the Bema Seat Judgment, which is the judgment of believing Christians at the time of the resurrection. In that judgment before Christ our lives after becoming Christians will be laid bare. The full truth as God sees it about their character and deeds will be made clear to each one. All hypocrisy, pretense, and image management will be removed. The author of Hebrews 4:13 explains this, “For the Word of God is…able to judge the thoughts and intentions of the heart, and there is no creature hidden from His sight, but all things are open and laid bare to the eyes of Him with whom we have to do.” At what point in your life does this judgment start? At the point in time that Christ comes into your life. What will be our feeling about everything being exposed? We will rejoice in the truth and have no more repressed guilt. How will we respond when we stand before Him? All that you say is true, Lord. How will we feel about others who are more richly rewarded? We will rejoice in the truth, because in our glorified state there will be no jealousy or envy. It will not be a competition, and the greatest will be the ones most humble. All will know the rewards are gracious and undeserved. Check out the scene in heaven in Rev. 4:10, foreseeing that the church leaders in heaven will throw down their crowns before the thrown and declare only God is worthy to receive honor and glory.