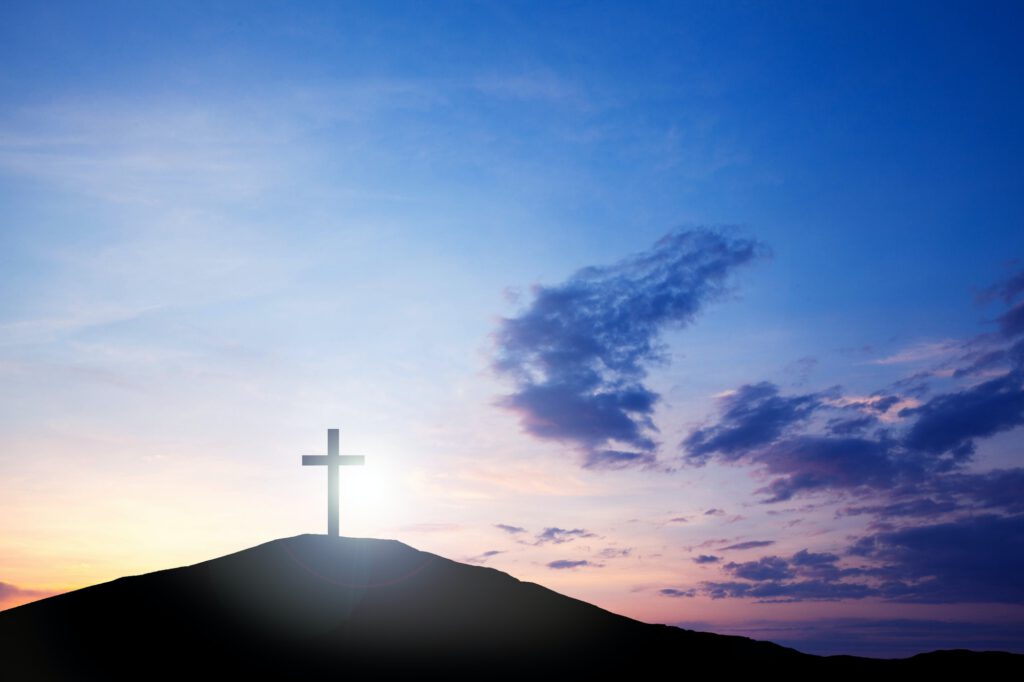 The context of this forward look anticipating the resurrection is Paul’s situation discussed in the previous chapter. In chapter 4:8-9 he was afflicted, perplexed, persecuted, and struck down on a regular basis, but he persevered in spite of it. In 4:10-11, he was always “carrying about in the body the dying of Jesus” meaning he faced death every day just as Jesus did. Paul had a sense of imminent death, and yet every day he went out and preached the Gospel. How did he face the reality of it, and still have such boldness and confidence? His confidence came from what he said in 4:18, that his focus was on the heavenly things to come. His coming resurrection was such a reality to him that he was motivated to face death confidently.

In 2 Cor. 5:1, the author connects with ch.4 by starting with “For” or because WE KNOW something about the resurrection. How can he be so sure? Let’s look at the facts: Jesus promised it in John 6:40, “It is the will of God that everyone who believes in Jesus may have eternal life, and I Myself will raise him up on the last day”. In Matt.22 Jesus was debating the Sadducees about the resurrection and He quoted God from Exodus 3:6, “I am the God of Abraham, Isaac, and Jacob (present tense)” He is not the God of the dead but of the living-Abraham, Isaac, and Jacob are alive! Next, all the Apostles personally were eyewitnesses of the resurrected Christ and over 500 believers saw Him at one time who were still alive to tell. Could all these credible witnesses who were willing to die for Jesus been wrong? Peter, James, and John even witnessed the transfiguration of Christ’s resurrected glory. In 2 Peter 1:16, Peter wrote, “we were eyewitnesses of Christ’s majesty and we heard God’s utterance”. Of course Paul was the last Apostle to see the resurrected Christ in person on the road to Damascus in Acts 9. How could they doubt the resurrection when they had the assurances of the resurrected Christ? For Paul, heaven is not just a destination, it is a motivation to press on every day like running a race with your focus on the goal line.

Paul used the image of a tent for our current earthly body because he was a tentmaker when he lived in Corinth (Acts 18:3). Our earthly body is just like a tent in that it is temporary and transitory. Our “tents” are a temporary home for our eternal souls. The tent analogy reminds me that the Tabernacle during Israel’s Exodus was a temporary tent that was replaced by the far better building of the Temple of Solomon. After Israel entered the Promised Land they got the Temple. So also, these temporary bodies of ours will be replaced by the far better resurrection bodies when we enter the Promised Land. Until then, we groan from the longing for what’s better. Paul was weary, frustrated, and often weak, so he groaned as he longed for his “dwelling from heaven”. In v.3 Paul says there is some continuity in the sense that the soul needs a body, and so after our earthly body dies “we will not be found naked” since we will have a new heavenly body. The Corinthians were Greek so this concept would have been new to them, because Greek religion and philosophy taught that the body was evil and the soul was good, so they longed to become disembodied spirits; but the truth is that God has created our souls to have a body. Our resurrection body will fulfill God’s purpose for eternity.

In v.4, Paul says we groan because of the burden of this present body, but we do not want to be unclothed, we just want the perfect body that does not cause us so much trouble. In this body now we feel pain and anxiety, we age, and we die; and we also struggle as imperfect people because of all the lusts that cause us to fall into sin. We don’t want an imperfect body that falls apart and also sins, but we do want a perfect eternal heavenly body. In v.5, God’s sovereign purpose is to prepare us by giving us the Holy Spirit now as a taste and a guarantee. This is God’s plan for eternity.

Paul’s heavenly anticipation kept him going in spite of all the persecution and suffering. His great desire was to be at our eternal home with the Lord, so now for a little while he would persevere with “good courage” until then. His life he saw as a race to the finish line of heaven, but the reality was that while he was here he was “absent from the Lord”. With this sense of separation and distance he groaned for what is perfect. His preference was to “be at home with the Lord”, which means more than geography–it includes intimacy and fellowship.

More and Better Beyond

In 1491, Spain controlled all the Mediterranean Sea including the Straits of Gibraltar and the coast of Africa, so they thought they had it all. Therefore they minted coins with the Latin inscription “Ne Plus Ultra” meaning No More Beyond, or Nothing to Add. In 1492, Columbus discovered America, so they minted new coins that were inscribed “Plus Ultra” meaning there’s more beyond this, thus changing everyone’s outlook on the world. Jesus Christ changed everyone’s view of life by being resurrected from the dead, appearing to his followers and guaranteeing all who believe to be resurrected from the dead with new heavenly bodies. Plus Ultra is a reality for us. Unfortunately, most people still live in the delusion of Ne Plus Ultra.