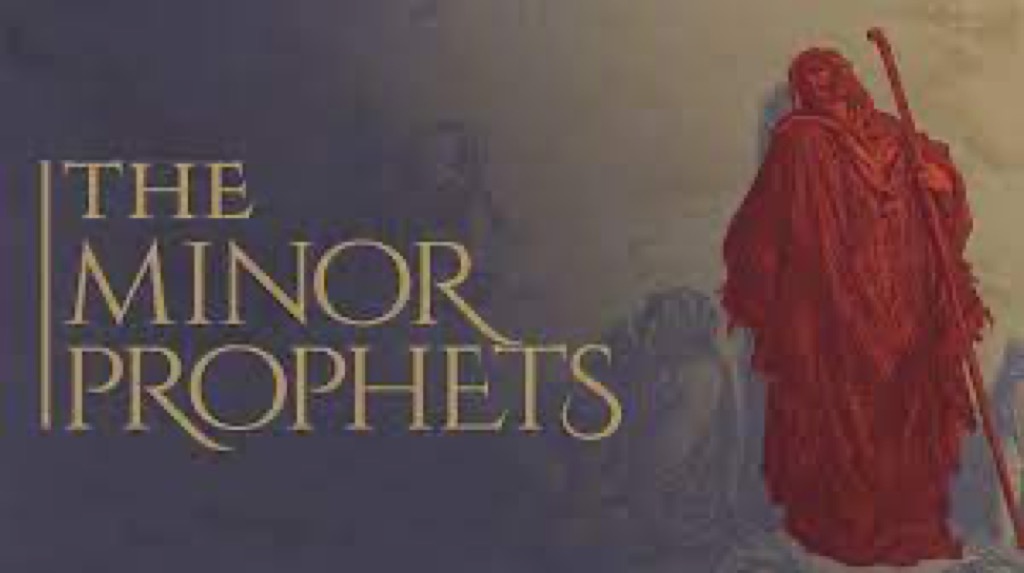 Habakkuk – The Burden of Habakkuk

The Burden of Habakkuk

The prophet Habakkuk represented God in Jerusalem in the time frame of 609-605 BC. This was just prior to the first invasion by the Chaldean King Nebuchadnezzer of Babylon in 605 BC. After the great reforms and revival under good King Josiah in Jerusalem between 640 and 609, his successors were purely evil. Jehoahaz only lasted three months, but the next king Jehoiakim was even worse. Jeremiah was a contemporary prophet with Habakkuk during those times, and he said of Jehoiakim, “your eyes and your heart are intent only upon your own dishonest gain, and on shedding innocent blood and on practicing oppression and extortion”(22:17). The initial “burden” of Habakkuk was in preaching against this king as well as all the corruption, bloodshed, and evil during those times. In spite of all his hard work and the risks he took in exposing this evil, nothing changed. In the opening verses of Habakkuk you can feel his frustration that nothing is improving, and it seems to him that God does not care or is not aware of the evil conditions. His dilemma is a familiar one to all mankind that finds it hard to believe in a powerful loving God that would allow evil in His creation. Habakkuk cries out, “How long will I beg and pray for help Lord and you will not respond? People are dying yet you will not save them. There is iniquity everywhere I look and you do nothing. Our society is filled with strife and corruption, but the law is ignored and not enforced. The wicked people are prospering and the few righteous are suffering, yet God does nothing” (my paraphrase of Hab.1:1-4).

How Did it Ever Come to This ?

Habakkuk’s complaint is unanswered prayer. When God brought Israel out of slavery in Egypt and led them to the promised land of Canaan, He stopped first at Mt. Sinai to make a covenant with Israel. This is where they received the 10 Commandments directly from God. They swore to keep all His commands, principally the first one, “You shall have no other Gods before Me”. Their obedience only lasted about 40 days until they resorted to gross idolatry. Their history from that time on was a series of these events. God would discipline them for their rebellion, they would cry out for forgiveness which God would give until a new generation would begin the cycle all over again. One of the principle methods of discipline God would use during the time of the Judges was to allow foreign nations to invade and plunder them.
The Period of the Kings

God had told Israel that they did not need a king, God would rule over them and protect them. Nevertheless during one of those times of discipline, the sons of Israel said, “The reason we are getting whipped and plundered is because we don’t have a king with a standing army to protect us”. So they went to the prophet Samuel and said, “Give us a king”. Samuel was angry, and he took it personally, but God said, “Fine, if that is what they want, let’s see how that works. They have rejected God from being king over them.”(1 Sam.8:7). Samuel warned the people that a king would take their sons and daughters to serve him and die for him. He would tax them heavily, and power would corrupt him, “Then you will cry out in that day because of your king, but the Lord WILL NOT ANSWER YOU IN THAT DAY.” Habakkuk had only to go read 1 Samuel 8:18 to find out why his prayers were unanswered. They made that bed and now they had to lie in it.

After Habukkuk continually asked God why he wasn’t doing something about the evil in Jerusalem, to his surprise, God answered. The Book of Habakkuk is God’s direct answer to his prayers and questions about evil and why God wasn’t doing something. The greater burden that Habakkuk would have to take back to his people was that God was going to do something—God was raising up the evil warriors of the Chaldeans of Babylon to come and crush Jerusalem. Talk about a tough message to have to deliver to your own city and kinsmen, God is sending a ruthless evil violent nation against us to destroy our city, kill our people, and take any survivors back to Babylon as slaves. How would you like to be the bearer of that news?

Habakkuk had asked God, “How long” before you do something about the evil in Jerusalem? Now in 1:5, God said “I am doing something…you would not believe it if I told you”. Habakkuk probably said he would, so please tell me. Then God told him about the murderous Chaldeans who were coming. Habakkuk’s response was—I DON’T BELIEVE IT. How could God use a nation infinitely more evil than Israel to discipline Israel?

How Could a Benevolent God Create or Allow Evil ?

This is a question that most theologians and philosophers have struggled with for thousands of years. I have read the writings of many great men like Albert Einstein who believed in God, but just could not get past this question about evil, and why God wasn’t doing something about it. Let me try to give you the traditional Biblical answer to this question: Originally God made everything perfect without evil. One of the perfect things God made was FREE people. In making us free, we had a choice of loving Him or not, therefore He also allowed for the possibility of evil. The fact that mankind as a race chose to turn away from God and invent their own gods, doesn’t make God responsible for evil. God created freedom, man performed the acts of freedom in disobeying and rebelling. Therefore God made evil possible, but men made evil actual. Evil cannot be destroyed without destroying freedom.

At the present time, God is not intervening to completely stop evil, although He is restraining it. Just because evil is not stopped now does not mean that it never will be. God has promised that there will be a judgment day when evil will end. Until the day when God does end evil, it has a real purpose in our lives such as: God uses evil to warn us of greater evils. The Bible is full of examples of people who went through suffering which changed their lives for good. If everything in our lives was good, why would we ever turn to or trust in God? God may whisper to us in our pleasures, but He shouts to us in our pain. On the highest level of evil and the good that can come from it, the CROSS was the infinite injustice wrought on an innocent man so that good might come to all. The reconciliation of us sinners was worth the suffering of an innocent Christ.

Why Do Bad Things happen to Good People ?

This was the title of the best selling book written by Harold Kushner. He disagreed with the traditional view making comments throughout the book like, “I have difficulty with the notion of a god who plays sadistic games”; “If God is testing us, He must know that most of us are failing the test.”; “Belief in a better world to come is an excuse for not being troubled by the injustice now, and not using our intelligence to do something now.” He said we can’t know of another world so we must take this one seriously, and seek justice now. If we believe the traditional excuses, then we are left hating ourselves for deserving evil or hating God for sending it. Kushner’s cause for evil is that God did not create the world, He just made order out of chaos. He just took the chaos and better organized it. The process of God replacing chaos with order is still evolving—therefore we find ourselves today with some remaining chaos. Evil then represents that chaos. Evil events are random, without cause or reason, and naturalistic. God has done everything He could do, the rest is up to us. God (to Kushner) is an encourager to people to work hard and improve. For instance, an earthquake is not an act of God, it is an act of nature. The act of God is the courage of the people to rebuild their lives afterward. Prayer then is not a matter of asking God to change things (He can’t). Prayer helps us raise our level of courage, tolerance, and endurance.

The Biblical problem in Kushner’s views can be found in the Book of Job which he spends a lot of print on. Two comments are made by Job’s friends and one by Job: 1. God is all powerful, 2. God is just and fair, 3. Job is a good person. Only two out of these three can logically be true. In the story, Job’s friends doubt #3, Job doubts #2, but amazingly Kushner doubts #1. Kushner chooses to give up #1, that God is all powerful, in order to maintain that God is good and also that man is good. Kushner has a sense of relief that God is not doing this to us, He just has no power to stop it. Apparently Kushner did not read chapter 38-41 in Job that detail God’s awesome sovereign power, nor did he notice the thousands of references in the Bible that “all have sinned and fall short of the glory of God”. The book of Job ends with God answering Job’s questions about evil with a theology lesson on the attributes of God, that God is all powerful, all knowing, and puny man has no right to question God’s will or His actions. After this revelation, Job humbly agrees to live by faith within the grace and mercy of the all powerful God.

After Habakkuk questions God about the fairness of using a more evil nation to harm Israel, God answered with a similar lesson to that of Job. God is omniscient and omnipotent and if it is His plan to do it this way then it is the best plan, and Habakkuk’s job is to be obedient to God by faith. God told him not to worry about the Babylonians, they would get full retribution from God, but “the righteous man will live by faith.”
CHARLIE TAYLOR